Korea: A Visit to the South

I had only been back in Japan for a few days when I decided I wanted a vacation. I wanted to break the routine. The trip to the states was great, though bitter sweet, and I was completely back into routine hours after landing in Japan. I wanted some excitement, something to break the norm. Since last summer, I had been planning to visit my friend Kellyne, from college, currently living in Korea teaching English. I had a ticket and was all set to go back in March, but the tectonic plates had other plans. The earthquake happened and I went home instead and lost the ticket.

Kellyne and I were chatting one day shortly after my return, and she mentioned that she was leaving to go back to the states soon, as her year in Korea was coming to an end. I was determined to visit her before her October 9th departure. She gets very few days off and in the past when we were planning this, I had said that wouldn`t be a problem. I am excellent and keeping myself entertained. It`s an only child skill.


But surprise, surprise she had 2 upcoming days off for the Korean holiday Chuseok.

Some info for you, courtesy of Wikipedia…
In modern South Korea, on Chuseok there is a mass exodus of Koreans as they return to their hometowns to pay respects to the spirits of their ancestors. People perform ancestral worship rituals early in the morning. They often visit the tombs of their immediate ancestors to trim plants and clean the area around the tomb, and offer food, drink, and crops to their ancestors. Harvest crops are attributed to the blessing of ancestors.


I started looking at my schedule and flights, and everything started falling into place. I would have to take 2 days off work, but it was the only weekend that I could before she left, and the only weekend I could without missing any adult classes that I just started teaching. So two days after arriving back in Japan I had a ticket for Korea the following Friday. I was stoked.

I arrived Friday night in Korea and was slightly surprised that I was not the only white one on my flight from Tokyo to Seoul. Such was not the case when I flew from Taipei to Tokyo. Anyway, as I was walked off the plane into the airport, I was greeted with by a tv screen with a picture of the Korean and US flags next to each other. That was a surprise. Went through customs and immigration, got a new stamp in my passport, which I was all too excited about, then made my way to find my friend.

Kellyne greeted me at the airport with a big hug and a smile. It was SO great to see her! I exchanged my money, we ate at the airport as I was starving, then hopped on a bus to take us to her apartment in Seoul. We had about an hour ride and it flew by as we talked about things we`d done, our time in Asia and what people were doing we went to school with. It had been a really long time since I hung out with a southern Californian outside of California, Kellyne is from San Diego, and we were both saying how refreshing it was. Sometimes I forget how much the southern California culture is apart me. We really are a laid back, fast talking, sandal wearing, care free, Mexican food loving, outdoorsy group. And it was so good to be in that company again.

We made it back to her apartment, stopping along the way at a convenient store to buy tradition Korean alcohol. As she handed me the bag, I glanced in and was surprised to find that I had never seen any of these alcohols before. Not one. Not even a picture. As this thought entered my mind, Kellyne let me in on my first Korean fact of the trip. Korea doesn`t export alcohol. Apparently no country will import it as it has high levels of formaldehyde. Awesome.


On our walk back to her apartment, I started to really pay attention and take note of how this Asian country was different or the same to one I`ve grown to love. My first observations…

-People were slightly more physical/aggressive. Ie: pushing to get in line, fit on the train, sprinting to customs. I put aside my Japan hat and put on my LA one, I too can play this game.

-Cars were bigger, more US-ish sized, and they drove on the right side of the road. Opposite of Japan.

-People were very kind, but in a more blunt manner. It was like Asia and the US combined. For instance, in Japan if you so much as stare at a train map for more than a minute, people will come up to you and try to help you in any English they have which generally isn’t much, at times escorting you to your destination. I felt like Koreans wouldn`t go that far, but they did offer their assistance and would no doubt help if I asked.


-The language was more harsh and louder. And after hearing everything translated on my flight in what felt like every Asian language, I have decided that Japanese is my favorite.

-More people spoke English than in Japan. A lot more.

-The city had an odor, and not a subtle one. Everyone agreed and finally I had to find out what the deal was. Kellyne explained, very well I might add, that the city was oppressed by the Japanese for so long (they aren`t really fans of Japan) that when they were finally free, the Korean`s got a little too excited to build up the city. They were so overzealous that they didn`t dig the sewer system deep enough, so it`s close to the surface. Ergo, odor. Not to mention all the bags of trash everywhere, and kimchi that`s chillin on the side of the road in the heat doesn`t exactly smell like roses.

-There were a ton of coffee shops, I was so into it.

-The subway was a breeze.

-There was diversity! Granted at times we were semi close to a US base, but even still, there was a large majority of non-military people around from all over, many there to teach English. Kellyne was saying it`s easy to find a job in Korea, more so than Japan I`m sure, apparently Korean recruiters are very common and it`s easy to go through them and get hooked up with a job.

The following morning we went to the DMZ (The Demilitarized Zone), the border between North and South Korea. Both sides are heavily armed on their side of the border, watching the other at all times. However, the border itself is a neutral, demilitarized zone, where meetings are held between the two countries. The week prior to my departure, when I learned we were going to the DMZ, I started to research. I knew a little about North Korea, basically that it was scary and that was honestly about it. After stumbling upon some fascinating articles online, I have become completely intrigued by the situation, so much so that I am dedicating my next blog to it. Stay tuned.

Mini museaum explaining the tunnels that were found from North Korea to Seoul, the obvious assumption being that the North was preparing to attack the South. Though when questioned, the North said that the South dug them. Nice comeback North Korea. 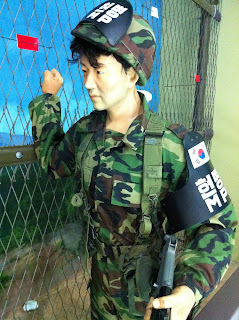 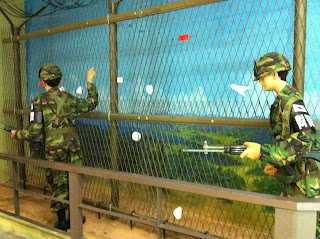 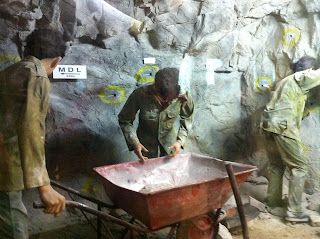 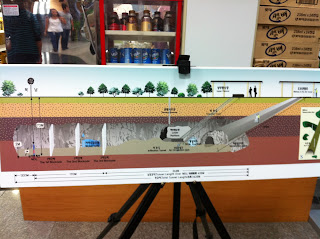 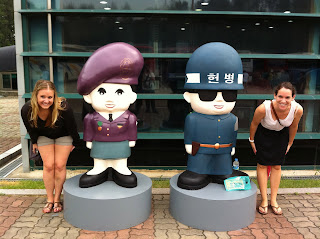 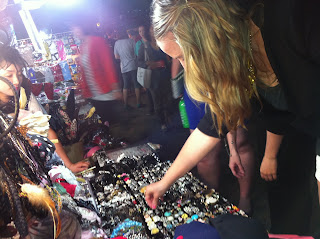 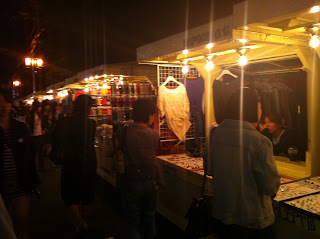 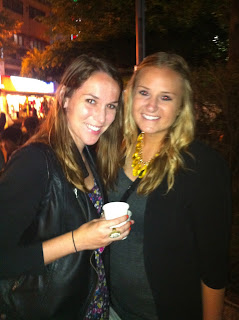 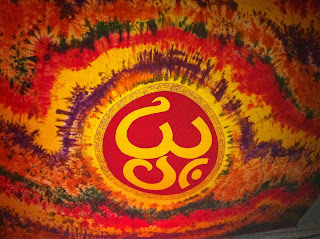 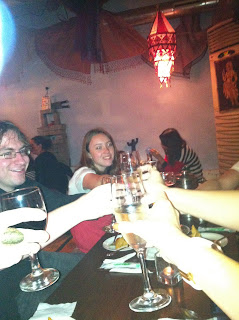 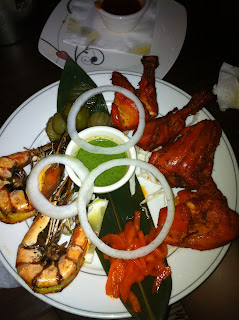 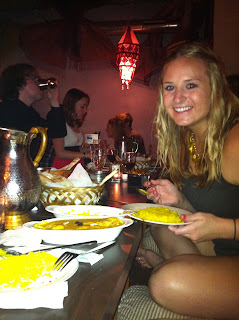 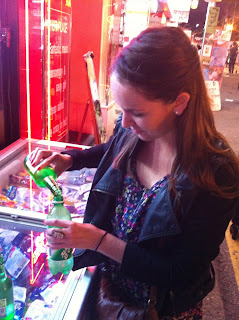 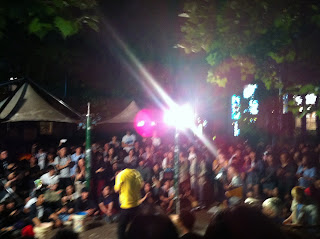 The rest of the trip was spent eating and drinking and taking pictures. I forgot how fun it can be to be a tourist. We ate kimchi of course and Korean BBQ, I picked up a few words and basically just played with my friend. 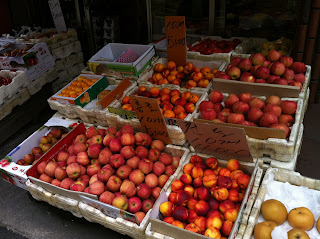 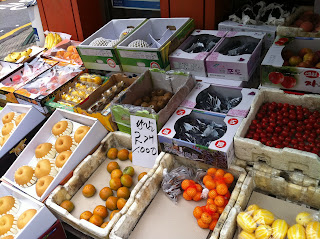 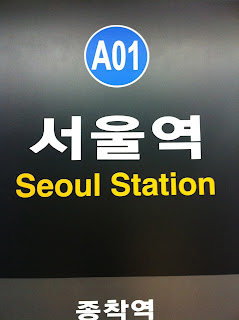 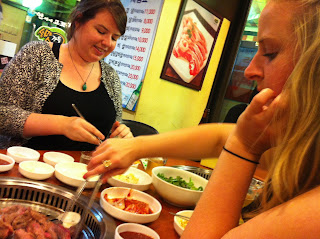 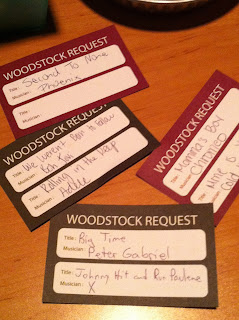 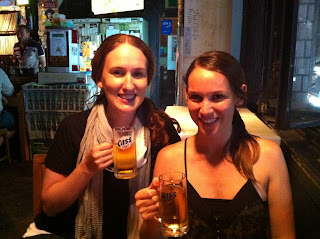 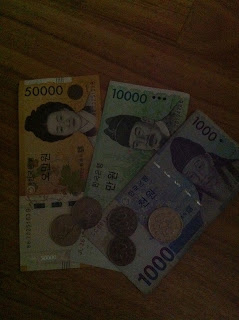 All in all it was an amazing time!