Last Saturday, instead of sleeping in, we all came to school at our usual 8am to enjoy the annual cultural festival. The cultural festival consisted of a morning assembly where a few of students performed for the rest of the school. The guitar club played a few numbers and the brass band club played a few Disney tunes which I thoroughly enjoyed. Then it was an afternoon of buying food and other crap I didn't need, from the various booths, to support the clubs that were selling them.

One of my students, who is a member of the kendo club, found me and had me come over and try my hand at kendo. Paid 100¥ popped a few balloons and was able to choose three pieces of candy! 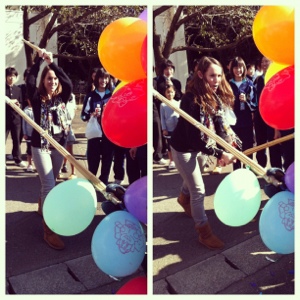 Then it was lunch time. I ate pizza, pineapple, ice cream, mochi, and noodles. Then I had a stomach ache. 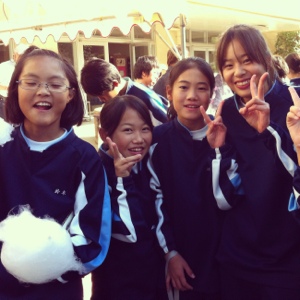 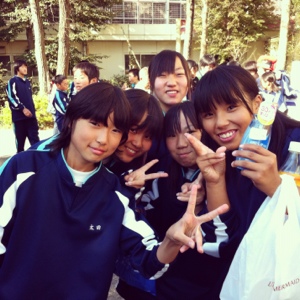 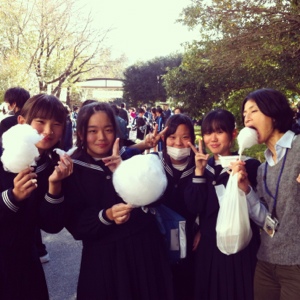 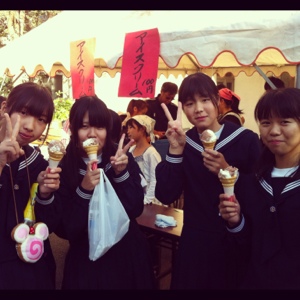 Below is one an example of something I was guilted into buying. It`s so typically Japanese I had to show you.

A few of my students came up to me giddy and begging me to pay 100¥ to pull one of these plastic cards that were covered in black trash bag material, creating a mystery as to which Japanese pop star card you will get. I begrudgingly paid, they were thrilled, and I pulled. I ended up with a pop star from the very popular band Arashi, who apparently is 28. I think he looks 13. The actual prize is this lovely man`s face on a piece of soft plastic that you put in your notebook when you`re taking notes, so that the indentation from writing on one page doesn't go onto the next, as well as keeping the ink on the appropriate page. All of my students have multiples with various celebrities and anime characters. I put it in my Japanese book and notebook. Cannot wait for Japanese class on Wednesday, I think my Japanese teacher will probably die laughing when she sees this. 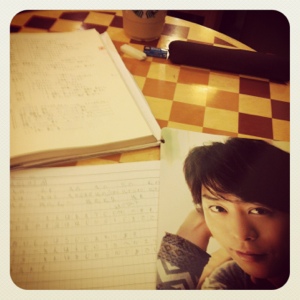 The country of Japan also has a national holiday to celebrate cultural day. Which meant no school last Thursday! Why we couldn't have made it Friday and created a three day weekend was beyond me, but I'll  take what I can get. So Deborah, Rebecca and I went in to Tokyo to head to the science museum, which we were pleasantly surprised to find, had free admission because of the holiday! Apparently all museums were free. So after the science museum we headed to the Museum of Western Art, because, why not? 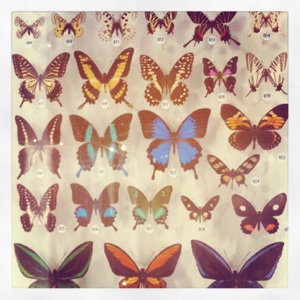 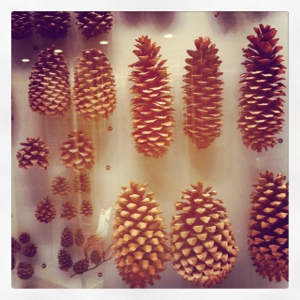 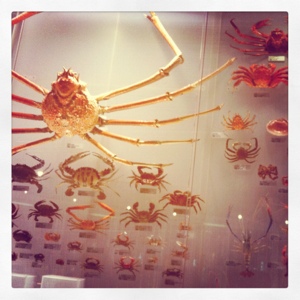 Who is ready for some hands on fun?!
Can you lift me?! We had to wait in line behind a few elementary aged Japanese children before we could try, but it was well worth the wait. 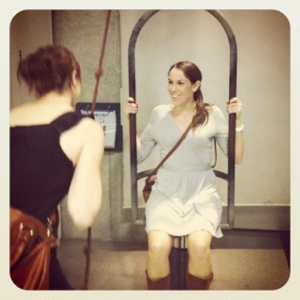 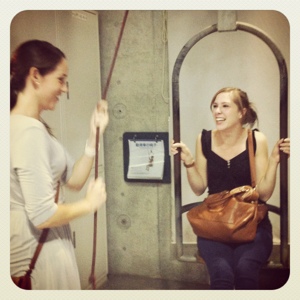 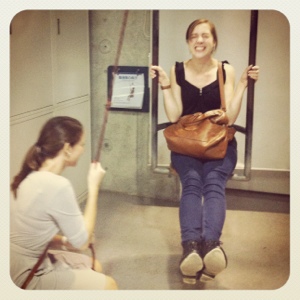 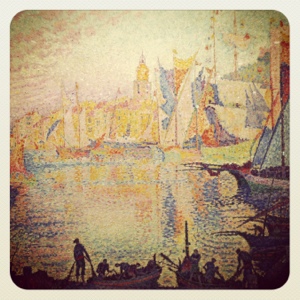 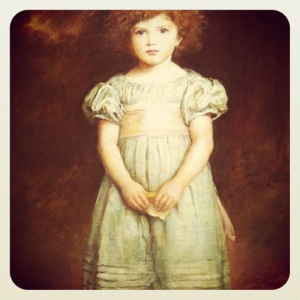 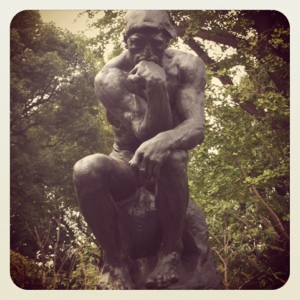 Feeling more and more cultured every day,
Kate
[The Latest]