When I got off the shinkansen in Hiroshima last Monday, I had no idea what to expect. Like most people, all I knew of the city was that it was the site of the 1st ever atomic bomb. A bomb dropped by my home country no less. I debated whether or not I should be Canadian for these 4 days. Through a bit of research beforehand (and common sense), I knew the city itself would be a memorial to that fateful August 6, 1945. My travel buddy, Jeff, and I were there to see Peace Memorial Park, Peace Memorial Museum, the A-Dome and a few other attractions centered around peace. Hiroshima had a totally different vibe than Tokyo. It was more laid back, in a sense more free thinking, and I felt like I saw more opinions and individualism than I do in Tokyo. The city was definitely peace themed. And can we blame them? If you had an atomic bomb dropped on you, you'd no doubt be pushin peace too.

[The A-Dome]
a.k.a. The Atomic Dome
“This building was complete in April of 1915 under the design and super vision of Czech architect Jan Letzel,
capturing the fancy of the citizens of Hiroshima with its characteristic green dome. The atomic bomb exploded at an
altitude of 580 meters, approximately 160 meters southeast of the Industrial Promotion Hall, instantly killing everyone
inside the building which was seriously damaged and completely burned out. In December 1996 the structure was added to
the UNESCO World Heritage List as a reminder to the entire world of the horrors of the atomic bomb and a symbol of
global peace.”
-taken from the placard outside the dome 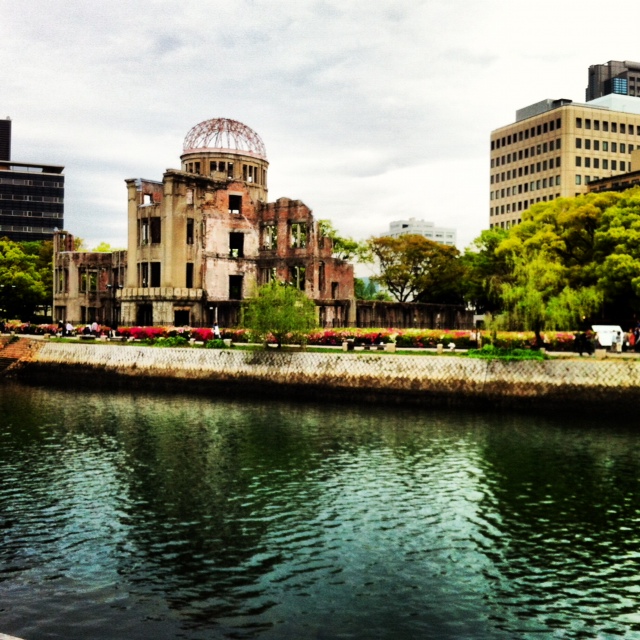 “Sadako Sasaki was a Japanese girl who was two years old when the atomic bomb was dropped on August 6, 1945, near her home by Misasa Bridge in Hiroshima, Japan. Sadako is remembered through the story of attempting to fold a thousand origami cranes before her death, and is to this day a symbol of innocent victims of war.”
-from Wikipedia.
Sadako Sasaki`s wiki page is worth reading. 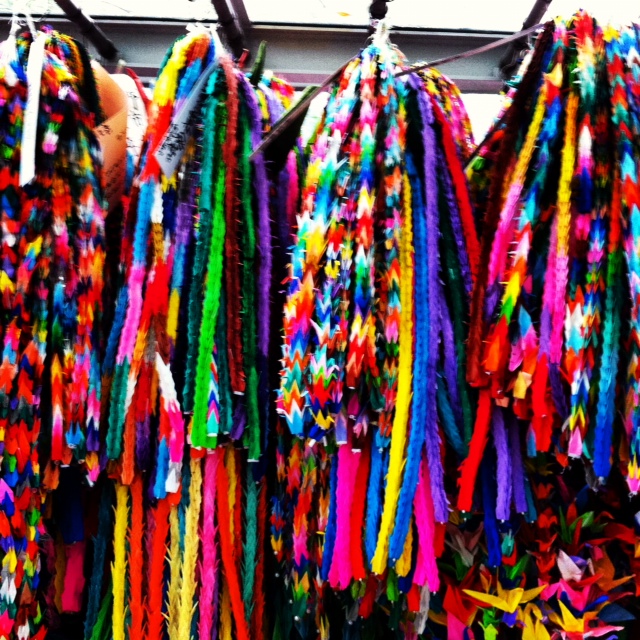 The memorial consists of a statue of Sadako and sets and sets of 1,000 paper cranes folded by kids from all over the world. It was powerful to say the least. 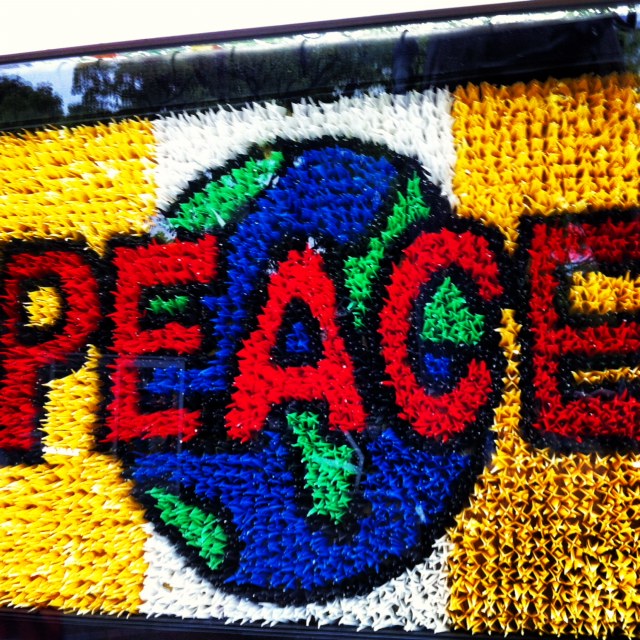 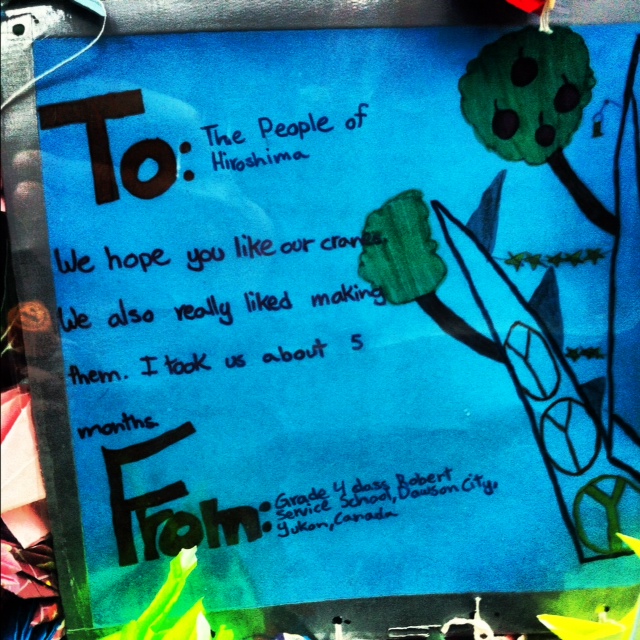 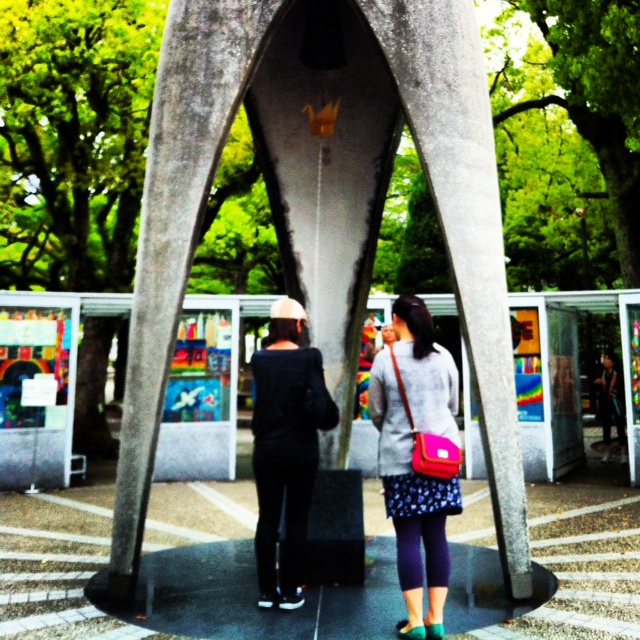 
“Carried to Hiroshima from Tinian Island by the Enola Gay, a U.S. Army B-29 bomber, the first atomic bomb used in the history of humankind exploded approximately 580 meters above this spot. The city below was hit by heat rays of approximately 3,000 to 4,000 degrees Celsius along with a blast wind and radiation. Most people in the area lost their lives instantly. The time was 8:15am, August 6, 1945.”
-taken from the placard at the Hypnocenter

Email ThisBlogThis!Share to TwitterShare to FacebookShare to Pinterest
Labels: hiroshima