a large part of the reason i went to visit jessica in korea, aside from the fact that we're such good buddies, was to celebrate her recent engagement! while i was there, her friends had planned an all day engagement/bachelorette type party. this had been weeks in the making, and with all the coordination of her moving apartments within korea and my roaming around asia, we had logged some serious logistical planning time. so by the time the day actually rolled around, it's safe to say, we were both pretty stoked.

the night before, after dancing to whitney houston and watching bridesmaids, obviously, jessica and i picked out our party clothes. well, she knew what she was going to wear, but i had to borrow something since everything i had was either a bathing suit or neon colored, all of which screamed tourist. she settled on a white dress, very appropriate we decided, and i picked one that could almost have passed as a bridesmaid dress, which we also deemed appropriate.

the day of celebration consisted of everything from, brunch to trying on wedding dresses, to dinner and clubs in the evening. the girls did an awesome job planning, and what was even more impressive was the fact that we all kept the activities a secret from jess. well done everyone!


after brunch, it was off to a place called princess diary. where young girls, and sometimes their boyfriends, come to dress up in wedding dresses and take tons of pictures. with props. never in the states would any boyfriend be willing to dress up in a tux and pose for fake wedding pics. we didn't quite understand it. only in asia.


and then it was jessicas turn! the lady took her in and jess picked out a dress to try on while we anxiously waited, cameras ready. 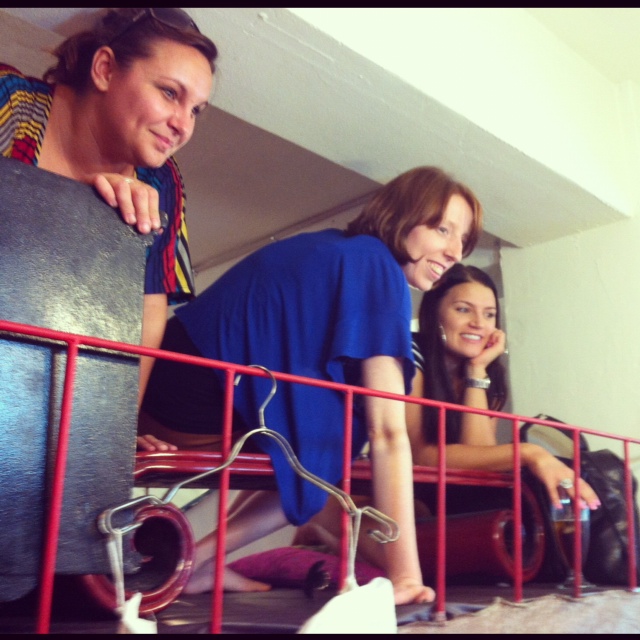 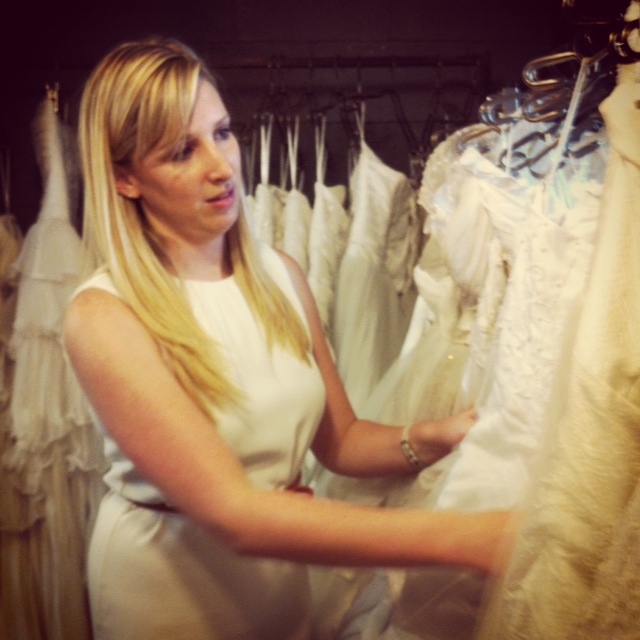 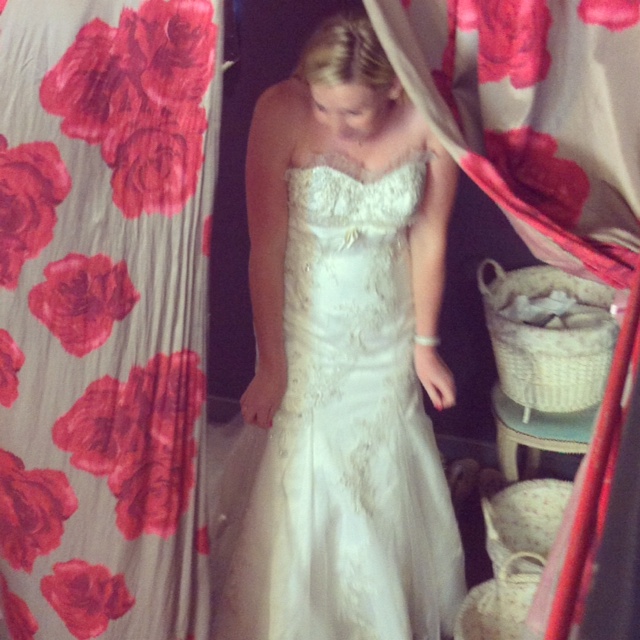 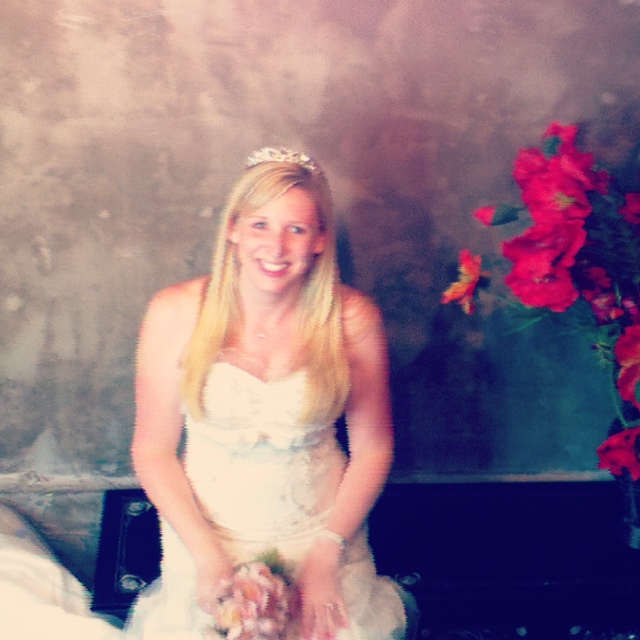 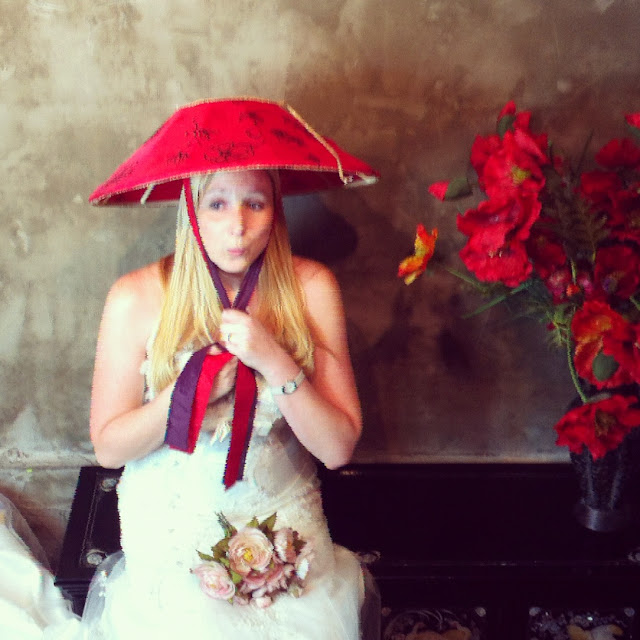 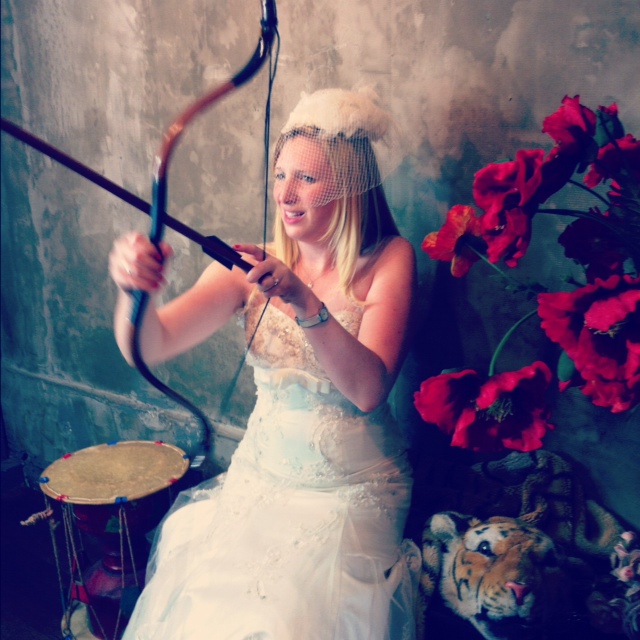 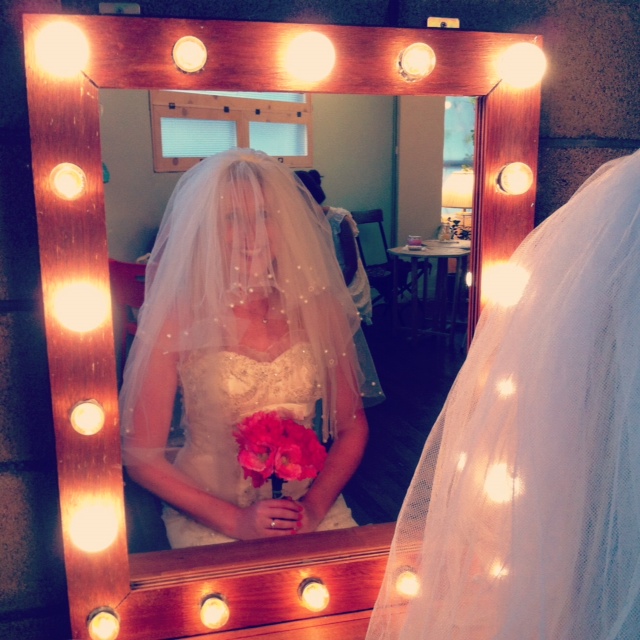 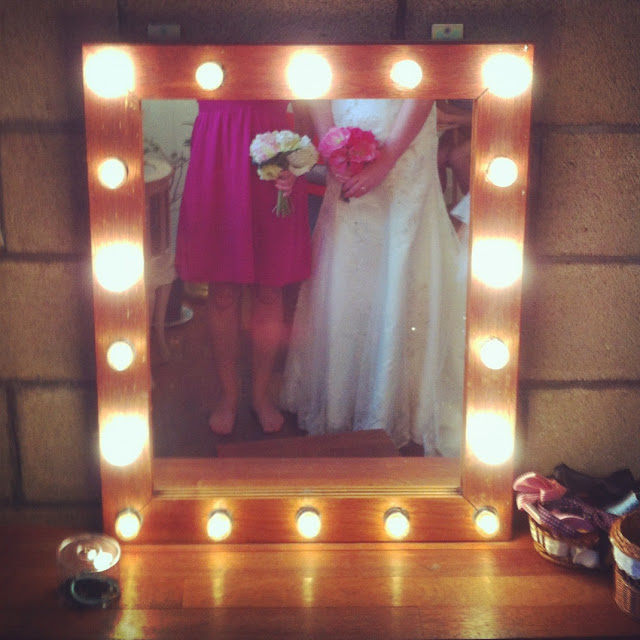 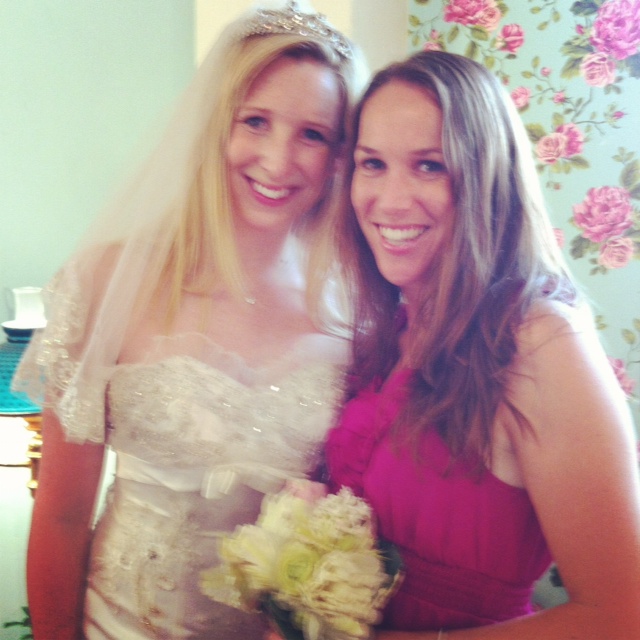 after dress fun, we headed to an awesome chinese restaurant for dinner before hitting the town. jessica's friend megan, who had organized everything, had planned for us to hit up a few of jess's favorite bars and clubs. and the theme of all these shenanigans? WIG OUT! we all bought wigs and dressed in black, while jess wore white, and made our way through seoul, causing quite a stir in the process. *the pictures on the street were taken by the lovely lisa. so nice meeting you, lisa! 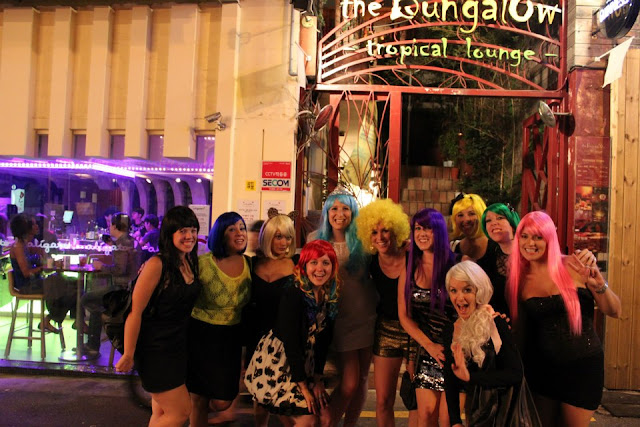 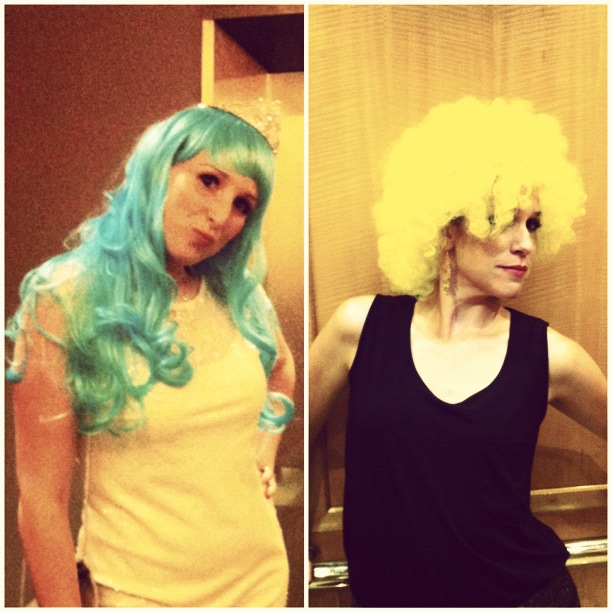 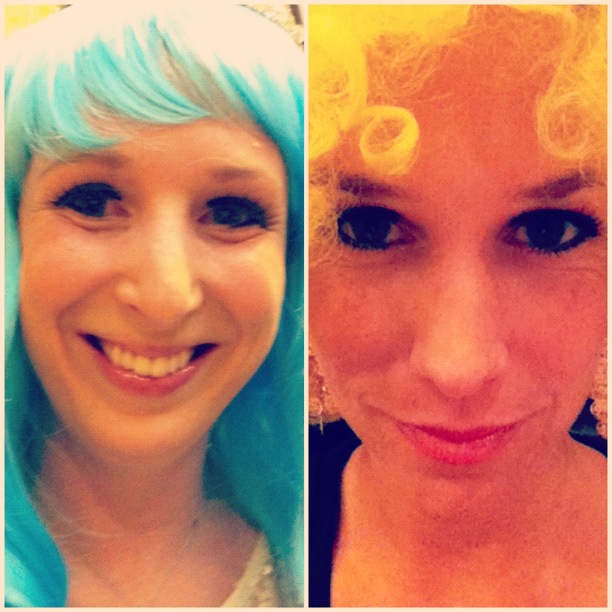 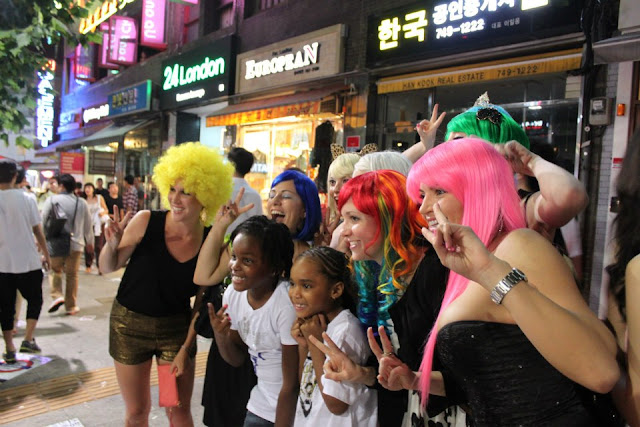 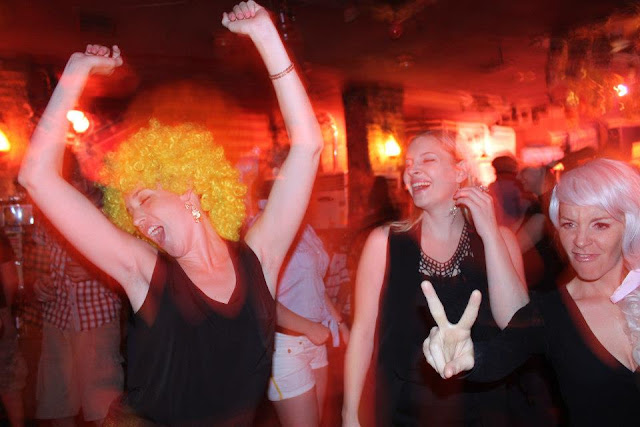 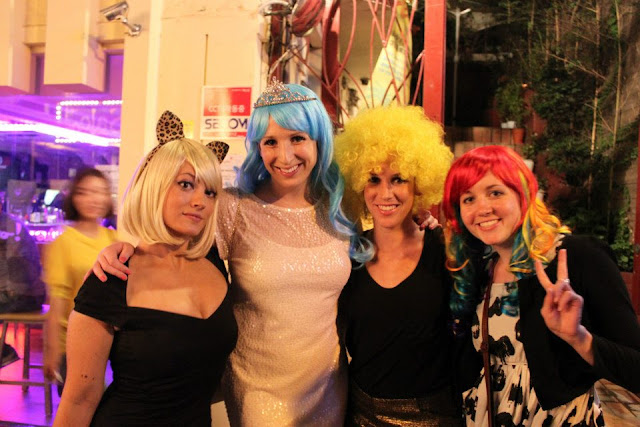 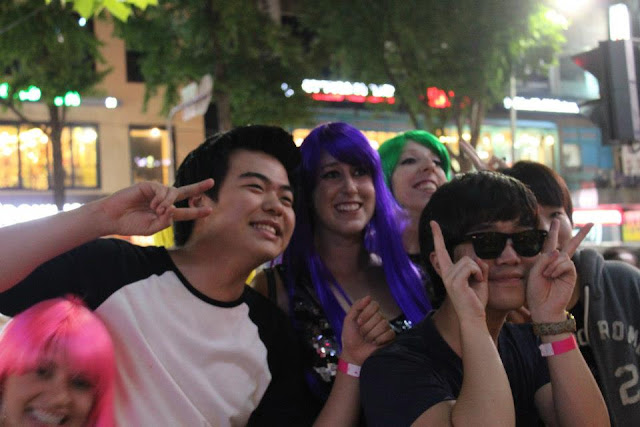 it was such a grand day! congrats again jessica, we are all so very happy for you and patrick!

and with that last picture of us and a few random koreans, that concludes my SEA installment. i hope you enjoyed it, i had such a great time creating it!
Posted by Kate at 5:32 PM