*This post is about 3 months late in coming...gomen (sorry)!

In early March, Maya and I headed to a party in the Roppongi area of Tokyo. We were meeting up with two of her coworkers to head to a party. Aside from Maya, I knew no one we were set to meet. We found Anthony and Yukiko at the train station and all of us broke out our iphones in an effort to find this party. Anthony and I walked and talked. I instantly loved him. Of Irish heritage but raised in England, he had lived and taught in international schools all over the world. Excited to meet someone else Irish I shared that I was 1/2 Irish, which was then solidified when I shared my full name. Kathryn Terese Bohan. Does that not conjure up a picture of a shamrock to you?

Still trying to find this party, now seemingly walking aimlessly, a light bulb went off in Anthony’s head and he let out a gasp. He turned to face me and we stopped dead in our tracks. “Ohmygod! I just had THE best idea!” he squealed. He explained to me that in a few weeks he was set to MC the 1st annual Tokyo Irish Parade Queen Pageant and, I just HAD to apply.

I immediately waved him off.

”I don’t knowwwww...I’m not really a pageant person.” I said hesitantly, trying to be polite but knowing that there was no way I was going to be involved.

He persisted, “Kate ohmygod you would be just perfecttttt! I met a few of the girls applying today and they don’t hold a candle to you!”

”That’s sweet, but you met me all of like 3 blocks ago, and I’m sure the beers we’ve consumed on our walk only helped in my favor.” Well done Japan for their lack of an open container law.

But he wouldn’t let up. Ignoring all my resistance, he started hitting me with details of this pageant. The only requirements were that the applicants be...
-20 years old
-Must show an interest in Ireland
-Must be available March 9th and 13th
-Be willing to do 4 other social meetings in 2011
-Must enjoy holding the title of Parade Queen for 1 year
-Must currently reside in Japan and be intending to stay for the next 12 months.

I didn’t even have to speak Japanese. As I had just re-contracted, solidifying my time in Japan until at least July 2012, all those things now officially held true for me. I could feel myself wavering. I had told myself to try anything and everything, and Anthony assured me that I wouldn’t have to prance around in a bathing suit.

“Here,” he shoved his phone in my face, “just look at the prizes.”

After a good 25 minute walk around Roppongi, we found the club and stopped outside to exchange contact information. As the iphone waited for me to enter the first name of my new friend, I turned to asked if he preferred Tony or Anthony. I looked over to see an extremely focused Anthony spelling out each letter of my name, he typed, “p-a-r-a-d-e-q-u-e-e-n.”

It didn’t stop there. EVERY person we meet that night, Anthony was sure to introduce me as the Parade Queen. By the end of the night he was grabbing any guy that walked by ushering him in my direction, screaming, “and THIS is Tokyo’s St. Patrick’s Day Parade Queen!!” Then wink at me and walk away. Needless to say, I made LOTS of friends that night.

I showed up to a bar I had never been to in Tokyo for auditions. I knew only slightly what to expect, as is most situations I enter into in this country. Anthony had been a great guide. Giving me tips on what to wear, “casual yet together” he instructed. Got it. I knew there was going to be a panel of 3 people set to interview me, I was going to have my picture taken, and most likely meet some of the other girls. And that was about all I knew.

The bar was lovely, and I was surprised how relieved I felt to see shamrocks all over the place. It was so comforting to see something that I related to so much, all these miles away. I was greeted with a warm hello by a few different people, and a beer was instantly placed in my hand. Casual it is then. 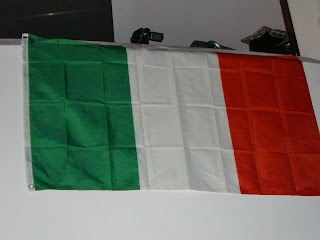 I was ushered over to have my picture taken then to the long table to join the other 15 some girls, while I waited to be interviewed. Anthony had told me that they expected about 20 some to apply which was going to be brought down to 12 for the actual pageant. I was there mostly for the experience, at least that’s what I told myself to keep calm. But I wanted to be in that top 12. The final 12 would be taken to TopShop for a fitting. Every girl would be fitted, then given, two outfits for the pageant, one casual, one formal. I figured I could at least get that far.

The girls were great. Every one having their own story as to why they were there. Only one was actually from Ireland, and aside from me and two others, everyone else was Japanese. One girl was a model and brought her lookbook, another had studied in Ireland and loved it so much that she now ran an Irish play house in Tokyo, but I think most were there for the experience, and let’s be honest, the prizes.

In the distance I heard my name called. It was my turn to be interviewed. I stood up, leaving my beer on the table, and was instantly instructed to bring it with me.
This was only getting better.

I was asked basic info, name, age, why I was in Japan, why I was applying for this pageant, what the capital of Ireland was, what would it mean to me if I won. The interviewers were great and it was a very stress free conversation. I left the table feeling confident. Headed back to the girls and made some new friends as we all shared a few more beers.

It was two days later when I got the call that I had made the final 12, and details were put into play as to when my fitting was and a request to send an email with a bit more information. I was still in this mostly for the experience, but the competitiveness was growing on me, I wanted this.

The fitting went great, I was so excited to be there! They had already picked out clothes for us and we were working with a personal shopper, who was Japanese but grew up in Canada so she was able to speak any and all languages. She was to make sure we got a causal and formal outfit that flattered us. My casual outfit was 70’s theme and my formal one was a lovely one shoulder greenish dress. The tags were cut off, the clothes were folded and put in a bag, I watched as my name was written in black marker on the bag. And that was it, they were mine. 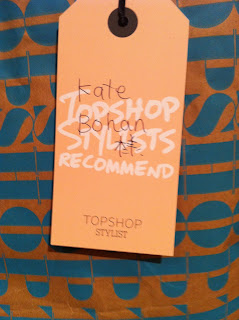 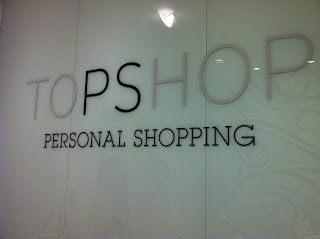 The night of the event, Wednesday, March 9th, all the girls and Dane, who had organized the entire event and was our go-to guy throughout the entire process, met at restaurant a few blocks from the venue to go over some last minute details.

Dane explained how the night would go.

Our clothes were waiting for us at the venue, as were the hair and make-up people. We had each been assigned an order of appearance number, I was number 12, last. We had each chosen a walk out song, I picked, Lady Gaga, Born This Way. We were coming out in our casual outfits first as Anthony and Nikki (both co-workers of Maya’s) talked to everyone about what we were wearing. Then we were to run backstage and change into our formal outfit, get our hair and make-up touched up, and reappear for our second walk down the cat walk. Upon our appearance this time we were each going to answer two questions.

Anthony had called all of us the previous week to tell us our questions. The first was unique to each of us, the second was the same across the board.

“So I have a question for you that I think is really going to bring out your personality,” Anthony explained to me on the phone the previous week. “Great!” I said, “what is it?!”

“Ok,” he went on, “What would you say to people that say that girls can’t play soccer?’”

“THAT’S BULLS***!” I screamed back on the phone, then immediately clasped my hand to my mouth.

“Well my dear you have a week to figure out exactly how you want to word that, and I’d advise you to use that time wisely.” I could hear his simile.

“I willlllll, alright what’s the second question?” pencil ready, I was taking notes.

“Everyone has the same 2nd one and it’s, Why do you want to be the Parade Queen?”

“I know,” he empathized, “alright Queen Kate see you Wednesday!”

As I hung up I felt myself simile, and without missing a beat, my stomach knotted. Even my body wasn’t letting me get ahead of myself.
I had spent all week at work writing bullet pointed answers to the two questions, and practiced in the shower. I had my answers down, but every time I went to practice the soccer question, I was irked by it, and literally had to practice not yelling out that it was B.S., before proceeding to my more politically correct answer.

Back at the restaurant, as I continued to sip my iced tea Dane continued to explain that we would be scored American Idol style. Every girl had been assigned an email, that we weren’t to know until voting time. Every cell phone in Japan has internet, so all the audience members would look to the screen and send an email to our assigned email address. It would be instant. My stomach knotted again. Dane continued,
`As soon as the winner is announced, the Queen will immediately be crowed and ushered to take pictures with Ireland’s Ambassador to Japan, who will be awarding the grand prize of 200,000 yen (a little over 2 grand) to Folli Follie jewelry store. The queen and top three will be taken over to a backdrop where they will be interviewed for Fashion TV, all the while making sure to smile and be polite to anyone and everyone. Then everyone will get on the bus waiting for you all, to go to BierVana, (the bar where the auditions were) for an after party.`

The following day was another fitting at TopShop for another outfit, this time for the parade and then there was an opportunity for court-side VIP tickets to see Tokyo’s professional basketball team play. Then of course, the following Saturday, was the St. Patrick’s Day Parade itself, again with an early arrival for hair and make-up.

“Whoa,” I whispered under my breath.

“Someone’s life is about to change,” I said and took another sip to calm myself.

“I know,” she said again, “this just got bigger that I realized.”