Two weeks ago, a few of us made our way to Shin-Kiba to watch the band FUN. perform.
We had gotten our tickets early. However, after we heard they won a Grammy for Song of the Year as well as Best New Artist, not surprisingly, the concert quickly turned into a sold out show. And rightly so! They were just phenomenal live. The band had learned a handful of Japanese words and anytime they let out so much as an arigatou, the crowd went nuts.

Prior to the show we all met up for deep dish pizza and craft beers YUM at Devil Craft where we got so distracted by our deep dishes and imported beer, we had to make a mad dash through the train station to make the show on time. The train station sprint was followed up by a conbini bathroom break and photo shoot. Meet the cast of characters, minus Rachel. ごめん, Rachel! 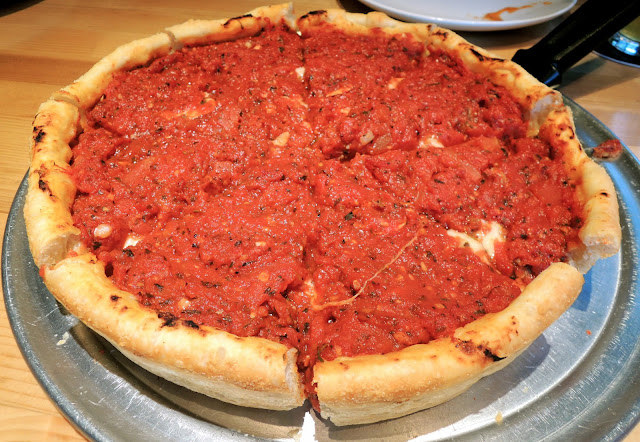 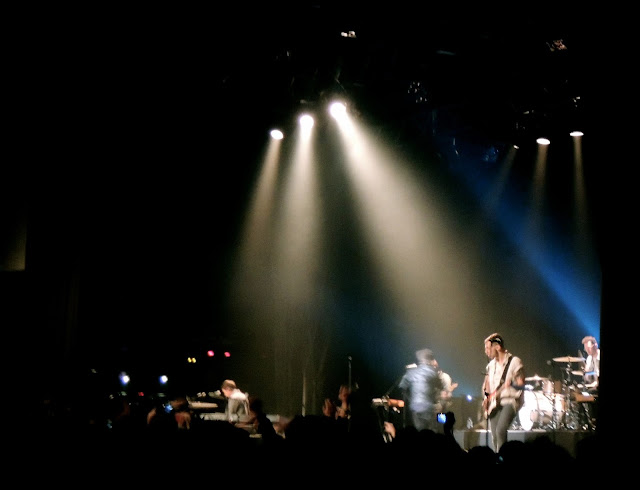 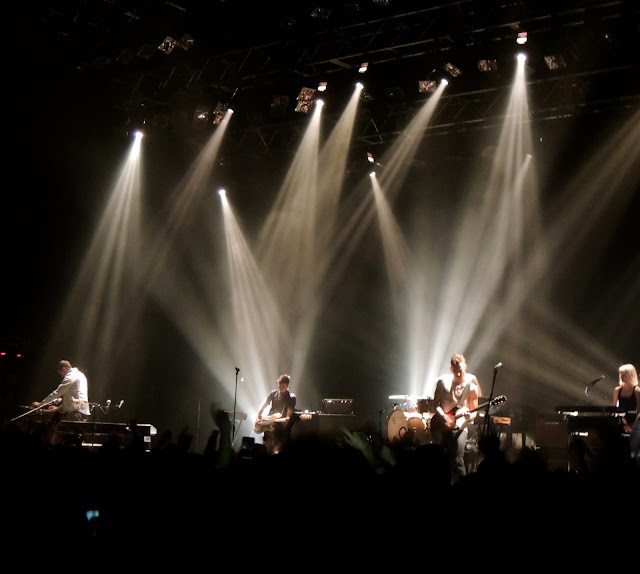 Sayaka and I were in such a good mood on the way home, we gave Tokyo station a little karaoke sesh while we waited for our trains. Lucky patrons. 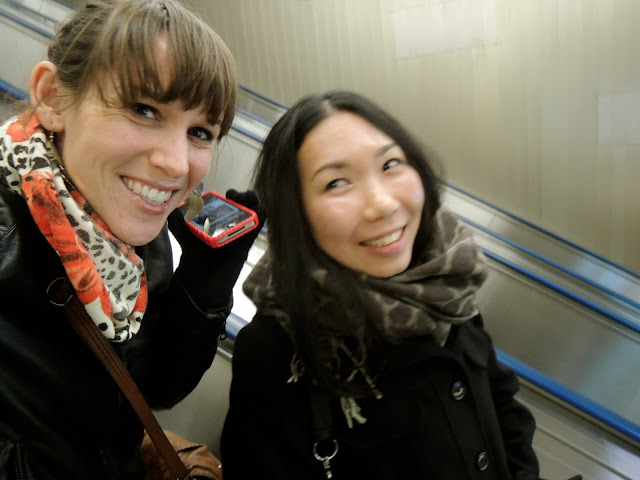 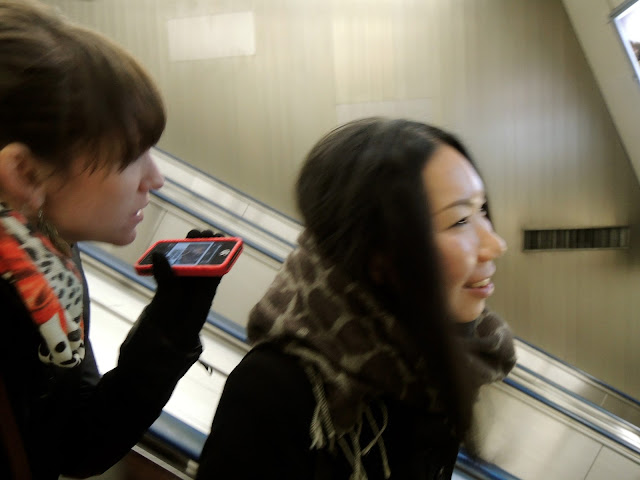 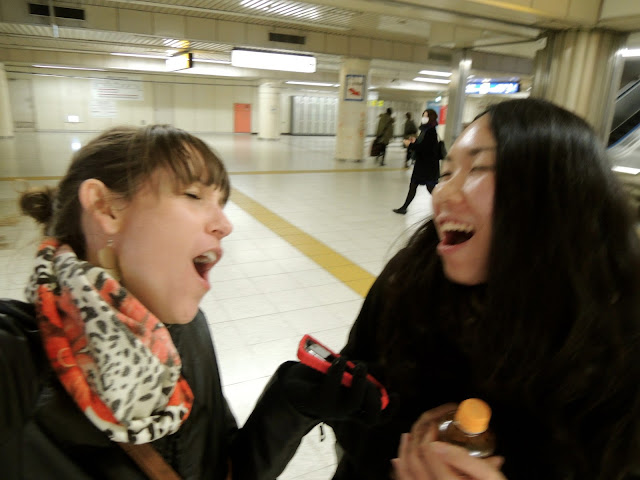 Must Read: Dennis Rodman hangs out in North Korea...Washington Times.
Google Search: Jeju.
Tune: Safe and Sound By Capital Cities.
Accomplishment: Not crying during the farewell for my 3rd years.
Obsessions: Bubbly water.
Posted by Kate at 9:50 PM