With the final week of summer fast approaching, my fabulous friend Mike found us one last hurrah before the cold settles in. Mike, as I’m sure I’ve mentioned before, is from NZ and discovered that Shapeshifter, one of his favorite bands from his homeland, was playing here in . There was a 2 day, 1 night little weekend trip through the Tokyo Snow Club, of which I am now a member, to go and see this band as well as take part in some other fun outdoor activities. So Trey and I signed up and we were off!
The boys spent the night with me on a Friday and we got up at the butt crack of dawn to make sure we made it to by 8am the following day. Once in , we hopped on board the bus and got comfy for the 3 hour drive to Minakami in Gunma prefecture. There were only about 50 of us on the bus and it seemed everyone immediately got to work making friends. By the time we arrived we all had plans to grab a snack together and explore.

We went for walks and played in a fresh water river, A-MAZINGGGGGGGG!!! Freezing cold but great! A few people bungee jumped, I was not among them though I did watch. Others went canyoning or mountain biking. That night was the concert, so it was back to our ryokan to shower and take a quick nap before going out.

Ryokan & Onsens
Ryokan. We were staying at a traditional Japanese style inn, it was my first time though I’m sure not my last. I think the pictures tell all. We slept on futons on tatani mats and there were Japanese style toilets if that was of interest to anyone. I used it twice before finding the western toilet, thank god. There was also a little onsen in on the ground floor.
Here is the deal with onsens. For those that don’t know, an onsen is a Japanese hot spring. It can be either inside or outside, and it is lovely to go and sit in. Think fresh water Jacuzzi. I can only handle it for about 10 minutes, but when I leave my skin really does feel smoother and I feel more luscious all around. Rules of the hot spring; I can pretty much sum it up in two: 1) you must shower or rinse off before entering the water, there is a shower right outside the onsen itself. You sit on a bucket thing and rise off, in the girls there was shampoo and stuff if you wanted. And the kicker? There are no bathing suits permitted, you are in fact in your birthday suit. The fact that you’re naked can be a deal breaker for a lot of westerners. I was hesitant at first, but I thought what the hell, this is normal for them and the only reason it’s weird for me is because I didn’t grow up with it. So I dropped my yukata and went for it. It was quite lovely indeed.
That night was the concert and it was quite the good time! Everyone was looking forward to it, but Mike and the other Kiwi’s were beyond excited. By this point we were all buddies, and, I forgot to mention before, from all walks of life. The group was mostly made up of non-Japanese people from all over the world who were either living in temporarily for work, or simply stopping off in before heading back to their home country. I did manage to find another Californian who also happened to be from the LA area! I mention this only because, I felt surprisingly comfortable talking to him and I couldn’t exactly pinpoint it. Yes, he was from CA, and nice of course, he wore beachy clothes similar to mine, with brands that I realized I hadn’t seen in quite sometime, but that still wasn’t it. Finally, he said something, I can’t remember what, but it clicked, it was his speech. He talked EXACLY like I did; fast and with a CA accent. An accent that I was shocked to recognize at all, an accent I didn’t realize I had until I heard it on someone else.
The following morning we were going on a long hike in the mountains then stopping off at a huge natural onsen, before driving home. I knew about this onsen trip beforehand, which is partially why I went in the onsen at the ryokan. Kinda like a warm up.
The hike consisted first of taking a funicular up the side of the mountain, then hiking about an hour up the mountain. At times it was quite treacherous and there were ropes provided that we had to hold on to so we legitimately wouldn’t slide down the side.  Despite the rain and slippery rocks, it was beautiful! 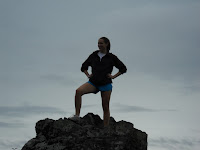 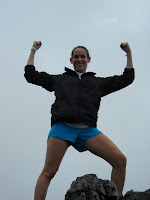 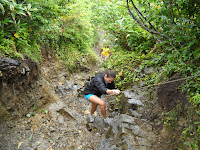 We got back on the bus and headed for the ginormous onsen. Upon arriving at the onsen, this time outdoors and co-ed, we were shown a huge map and basically given orientation as to the different onsens that were inside this one massive one. I managed to find a shower, inside the girls locker-ish room and did the traditional bucket shower. Definitely a new experience showering in front of 10 other naked girls, first time for everything I guess. Then I dipped into the onsen and did exactly what you do in them…sit.
From there we headed back to . Traffic was so bad, we were all on our iphones looking to see if we were going to make our last train home. I did, thank God. We all exchanged information the entire ride home, and since I had gotten my iphone 4 (YA BABY!!!!!) only 2 days before, I was over-joyed to be able to participate in the cell phone number exchanging event.
I believe this group also does a winter trip, they are after all called the Tokyo Snow Club, and I’ll be sure to jump on board that one as well!
Mata ne!
Posted by Kate at 2:50 AM