The other day, Namiko and I were trying to think of a way to have the students practice their newly learned vocabulary, ordinal numbers. While we brainstormed, I mentioned that I had just played the card game, Go Fish! at home with some friends. Somehow we put the two together, and within 30 minutes we had created, laminated and cut ordinal numbered playing cards. We even managed to squeeze in 10 minutes of practice before class. 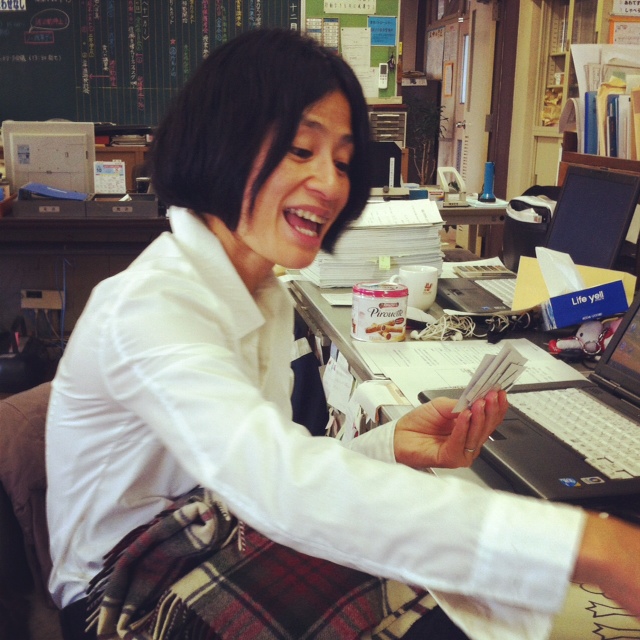 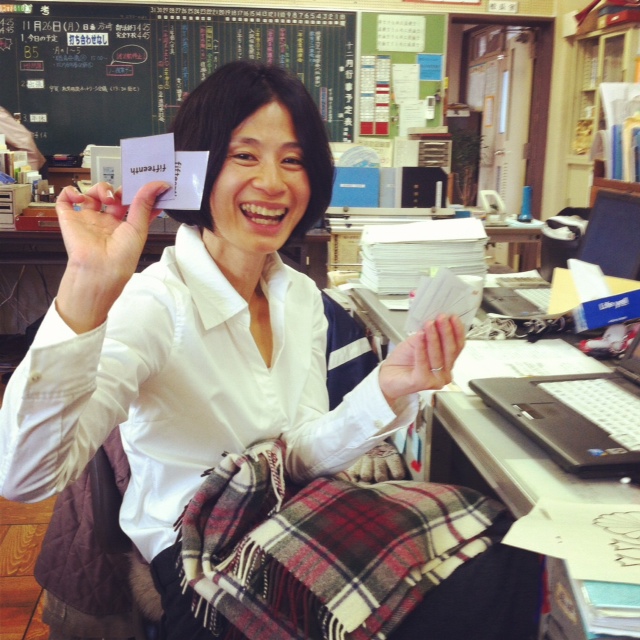 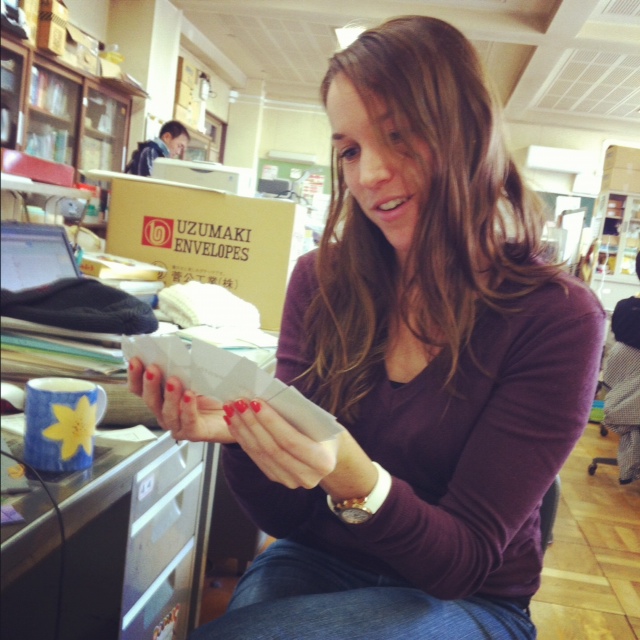 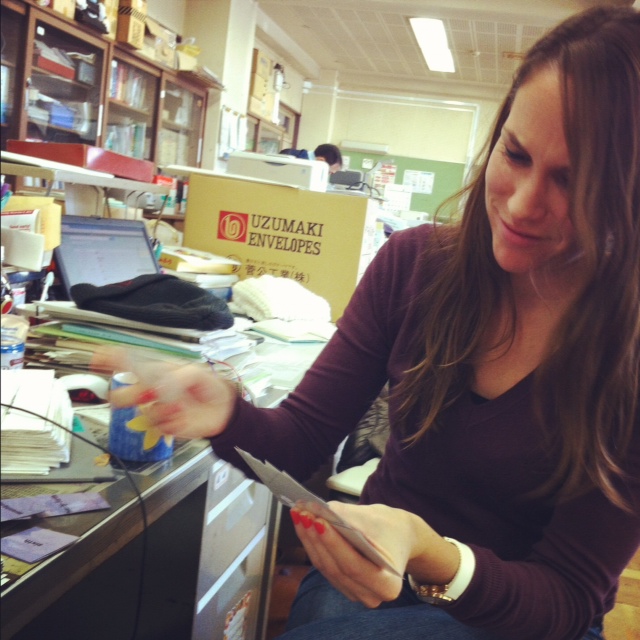 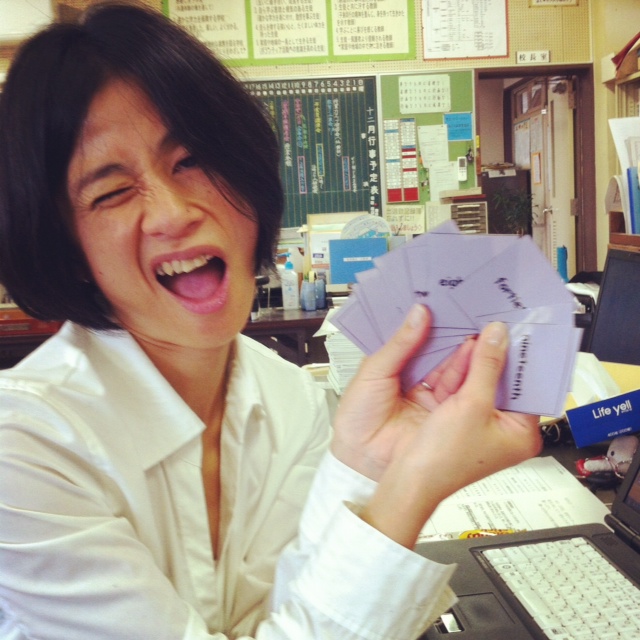 When we got to the classroom. I explained the game in English before we demonstrated in front of the class. Namiko checked for understanding in Japanese, then the kids practiced repeating the phrases after me a few times. I went a little overboard when I said, 'NO! GO FISH!' so, during the entire the lesson there were screams of, 'GO FISH!' from around the room. It was so great to walk around and listen to these kids speak solely in quick, simple, English. For a second I forgot they weren't native speakers. 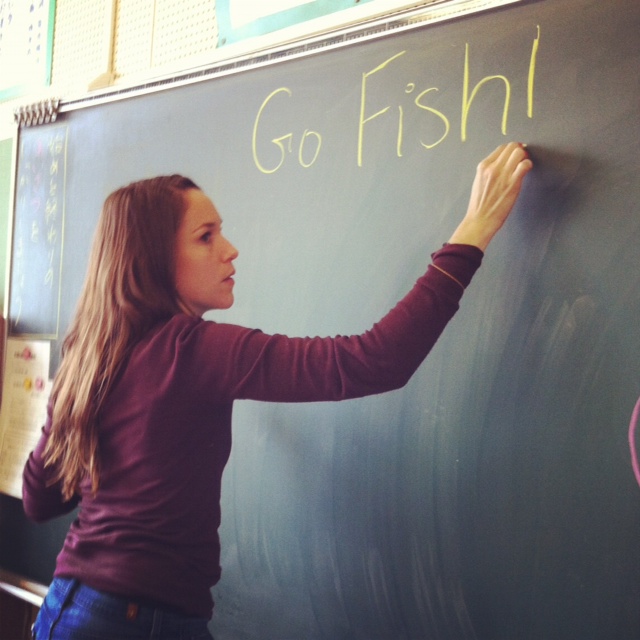 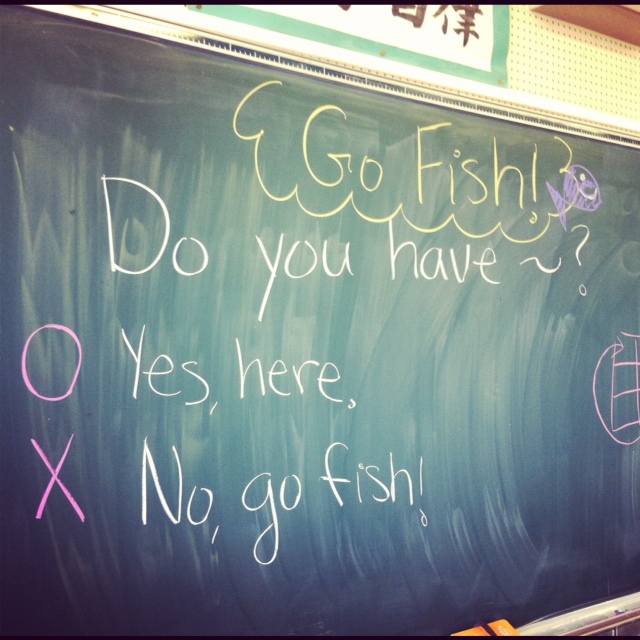 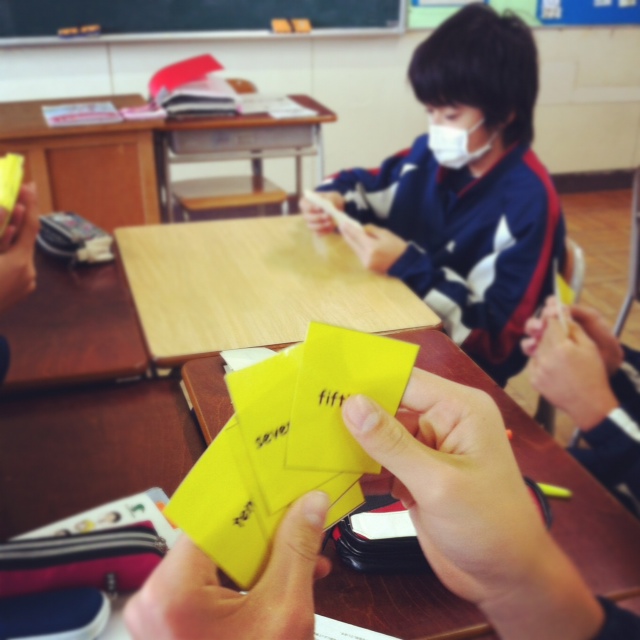 The best line of the day came when I walked past a table and heard one boy scream to another, "GO FISH!" the second boy responded,
"NO! NO MORE FISH!" before doubling over in laughter.

Must Read: Who Gets on the FBI Most Wanted List?...BBC.
Google Search: Irony examples. I ultimately explained irony to one of my JTEs by emailing her the Alanis Morissette song, Ironic. Thanks Ms. Morissette.
Tune: Ironic By Alanis Morissette
Accomplishment: Watching these kids really hold to the direction of, "No Japanese!" during this lesson.
Obsessions: New mint jeans.
Posted by Kate at 6:41 PM