My flight back to Japan was long and uneventful, and every time I land here and breeze through security, customs and baggage, I'm reminded how much LAX needs to get it together. Ipod in, Backstreet Boys on (don't judge), Pasmo in hand, I flew through the airport to my train like the round eyed local I am. 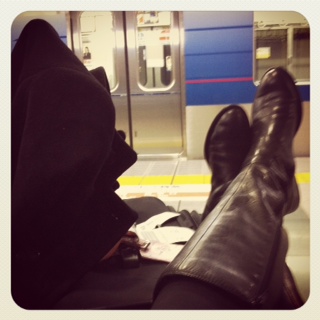 I got back to my cold, stuffy apartment where I promptly showered, made some pasta and plopped down under the heater and blankets to watch some TV, allotting myself this night to zone out, putting off unpacking and tidying. A job I do remarkably well. I forced myself to say awake until at least 9pm, telling myself that tomorrow will be a new day.

And it was. Jeff and I took a trip to the store then created an AMAZING brunch. Our own Egg McMuffins with green Tabasco sauce I found at the foreign good store, strawberries, potatoes, orange juice and coffee, which has gotten increasingly better since I splurged at Starbucks and bought the hazelnut syrup. 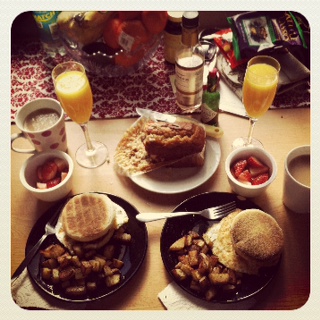 After some laundry and tidying, I felt like I needed to move. Cold though sunny, I decided a run was in order. After sitting 12 hours, my body was pretty much begging me to use it. Kim and I headed to Yoyogi Park in Tokyo for a lovely run and an afternoon outdoors. 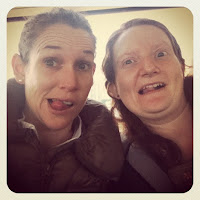 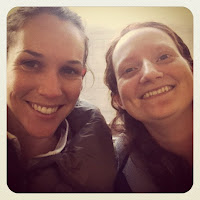 Professional Train Riders
Tuesday was opening ceremonies, meaning an assembly in the gym, an extra long cleaning time, and no classes. It also meant the students went home at 11 and I got a special bento lunch. Score. 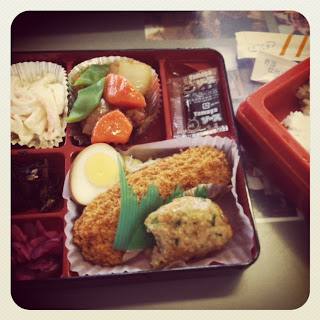 It has been a relatively simple trip back, catching up with people and getting back in the grove of things.

Must Read: Retired Bored Husband...hysterical chain letter sent from Paula. Chuckle guaranteed.
Google Search: Costco in Kashiwa
Tune: As Long As You Love Me By The Backstreet Boys
Accomplishment: doing better than I expected at Japanese class last night, working on my own little project
Obsessions: scratch off travel map from Tori, Mona Lisa Smile movie
Posted by Kate at 5:21 PM