Every other Thursday night, and one Saturday morning a month, I lead an adult conversation class. For the Thursday night group, they usually write about something that has happened to them in the past week, they then read what they have written and we chat. My job is basically to keep the conversation going, and explain words or phrases they don't understand or are confused about.

For example, one week I was trying to explain what it meant to be street smart. A tough concept here, since Japan is relatively safe. One of the students asked if that was the same as smart ass. Not quite. I had both phrases written on the board and was trying to give examples of each, intermixed with some type of definition, all while trying not to laugh.

Recently, the only male student in the class moved to Mexico, turning the class into an all female retiree group, lead by a 20 something Californian. It's quite something. As of lately I have been feeling like the conversation has gotten kind of dry. Given that they are speaking good, but not perfect English, all of which is directed at me for two hours, it can be exhausting to say the least. Last week they were trying to pick a topic for the following week and it was turning out to be somewhat of a challenge. I stepped in and offered to come up with one and surprise them. That made them nervous, as the surprise topic meant they wouldn't be able to plan, but I told them it wouldn't be too tough. 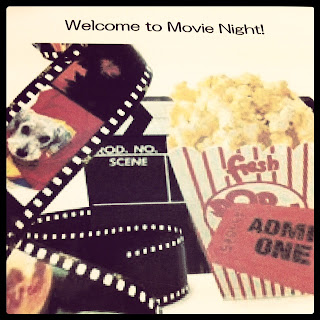 I decided on Movie Night, and went all out. Creating a sign for the table and a worksheet for them to organize their thoughts before sharing them allowed. I made popcorn on the stove and brought See's Candy Lollipops as my gift to them from the States. They enjoyed all the food and the conversation was great. A bit better than usual, since we had a task, rather than just random conversation.

Favorite movies included, The King's Speech, The Sound of Music, a Japanese film, and Charlie Chaplain film. The were able to write about the characters and a basic synopsis of the movies, but their was some question as to what the phrase, when does the movie take place meant. Then their is always the challenge of opinions. For anyone who has ever conversed with someone that has grown up in Japan, and for the most part is traditionally Japanese, getting them to express their thoughts and opinions, what they think and why, is, in a word...painful. It is simply not part of their culture.

The goal of Japanese culture is to keep the harmony. If you express what you think, in the bold way us westerners do, you may offend someone, ergo, disrupting the harmony of the situation. In order to avoid all that, you simply...don't. Which leads to a level of passive aggression like you've never seen, and a pressing need to be able to read between the lines in order to get anything accomplished. I average about 2-3, I'm frustrated with Japan! days a month. It's not until people come visit from the west, that I can see how much I really do know about the culture. Weather or not I really understand it is another story. 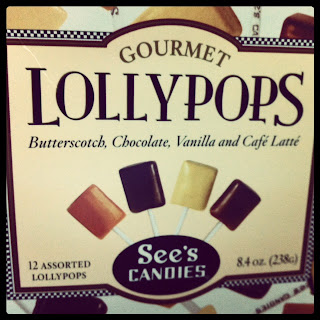 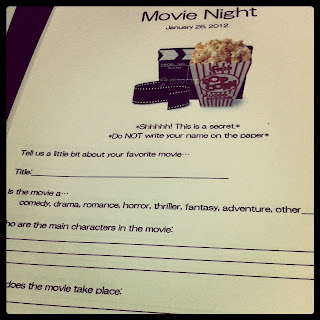 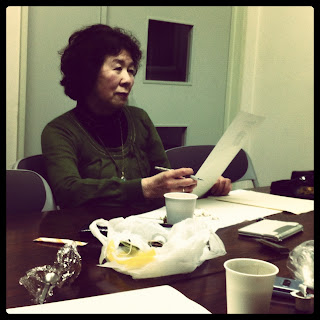 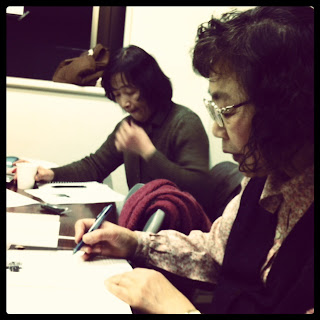 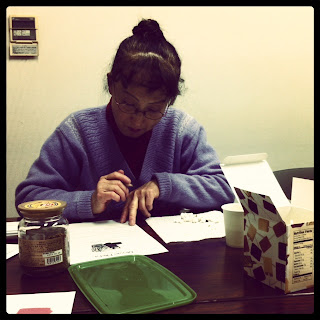 Despite the massive cultural barrier that is still very prevalent here, even after my 1.5 years in Japan, I did just re-contract to stay on one year. Something about all the differences is addicting. You want to learn more, you need to learn more, to make things easier.


Everyday is an adventure.

Must Read: Japan Feels Like Another Planet from the Guardian
Google Search: Alcatraz/ER Tokyo Resturant
Tune: Thinking About You (Acoustic/Beatbox Cover)-Frank Ocean...from a friend`s fb. Amazing.
Accomplishment: Mastering how to organize things in my apartment for maximum heat, All clean clothes!
Obsessions: Mister Donut, Rent the Runway