This past weekend I was able to cross another thing off my bucket list. Snowboarding! A friend of a friend had organized a group trip to Hakuba Mountain in Nagano. You may have heard of Nagano back in 1998 when it hosted a little something called the Olympics.
I had been skiing, but never snowboarding, though had always wanted to try it. Deborah and Kris had yet to try snowboarding as well so we banned together, signed up, and pledged to hold each others hands through the learning process, promising not to laugh too hard when we tumbled face first into the snow.
We boarded the overnight bus with 17 other soon to be friends and settled in for the 6 hour drive. We arrived to our snowy lodge, and Hakuba quickly became, the place with the most snow I had ever seen. It covered every nook and cranny, twice. It was layered on the tree branches and was waist deep along the streets. It was beautiful, cold, stunning, intimidating and mesmerizing all in one. 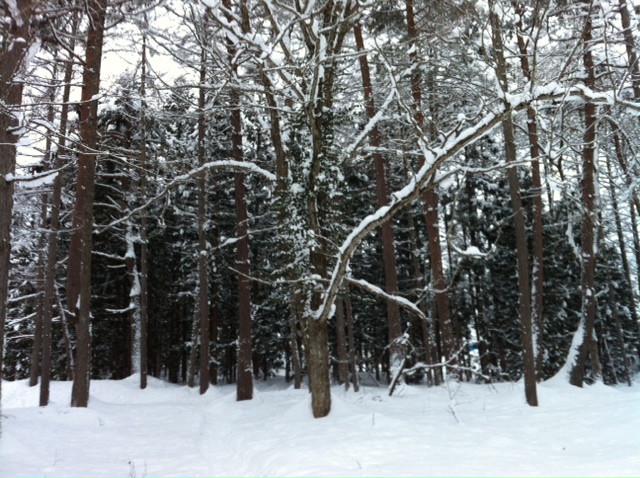 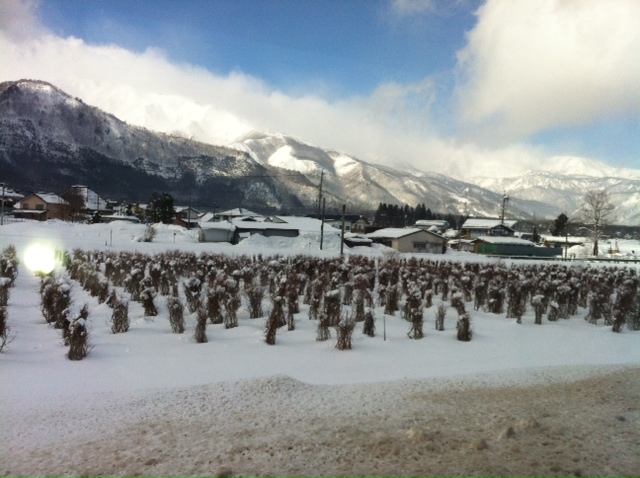 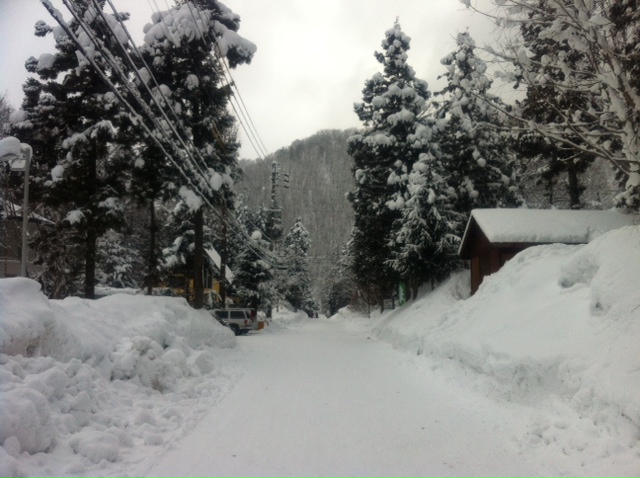 Groggy and hungover, we dropped our stuff off at the lodge then hopped back on the bus to head to a conbini to grab breakfast.

Then it was back to the lodge to layer up, mentally prepare ourselves, and walk the 10 minutes to the mountain. We rented gear and bought our lift tickets. Saw that there was a Subway and Haagen Dazs for lunch and told ourselves we had that to look forward to.

In a nutshell, here is how my Saturday went...
AM
-got our gear, got to the mountain, all the while trying my best to convince debs and kris that they were going to be able to get off the lift.
-received approximately 3.75 minutes of instruction from experienced snowboarders in our group before they ushered us onto the lift.
-i fiddled with my pants. i had borrowed a spare pair from one of the guys in our group and they were a few sizes too big. i looked like i had just robbed a bank, and not so discretely stuffed the loot in my pants.
-we approached the ski lift. debs started to stress.
-debs and kris made it off the lift beautifully. i did a belly flop and knocked the wind out of myself.
-we were ushered off the lift to the mountain and given approximately 2.33 more minutes of instruction.
-i decided i was ready to try.
-in one smooth movement, i stood then fell.
-stood...fell
-stood...fell.
-watched the expeienced guys from our group glide gracefully down the moutain and tried to replicate them, instead, i stood then fell
-stood..exhaled...fell.
-stood...fell...cussed.
-stood, scooted...fell
-watched debs stand and fall.
-watched kris stand and fall.
-stood...fell...looked up at how much snow was in the branches overhead.
-laid in the snow, looking at how far it was to the bottom of the mountain and wondered how socially inappropriate it would be if i used my board as a sled.
-stood..fell..cursed the little kids zipping around me.
-stood, managed to go for a few feet but couldn't quite steer, ended up off-roading.
-cussed.
-undid my bindings, picked up my board and hiked back up to the designated snowboarding zone.
-in the two hours before lunch i made it down the mountain a whopping twice, 75% of that time was on my ass.
-i had gotten separated from everyone, and could feel my face burning. i was already mad at the mountain so after finally making it to the bottom i took off my board and headed to the gift shop to buy chocolate and sunscreen. i was starting to feel better.
-found some other friends and ate lunch. for two hours. i needed some energy back and needed it to be fun again.
-kris finally convinced me to grab my stuff and head back to the mountain. 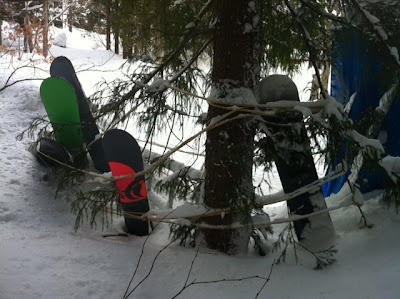 PM
-slightly more refreshed we hiked up the hill to the lift and surprisingly, gracefully made it off the lift.
-we decided to take videos of each other.
-i took kris' iphone and snuggled it inside my hat in my jacket pocket. so in case i did tumble face first i wouldn't break his phone.
-i went first and shocked myself when i successfully made it part way down the mountain, stopping to turn and film kris.
-gave him a thumbs up and watched him stand and fall no less than three times before successfully gliding down the mountain.
-i stopped the video when he landed on his ass.
-i again shocked myself when i successfully stood, and glided down the mountain, even able to avoid a person in front of me. i was snowboarding!
-then i fell face first.
-met up with kris at the bottom of the mountain where we chatted about how ''good'' we had just become.
-we went down the mountain a few more times.
-i made it down twice without falling!!!
-it was just becoming fun, and then it was time to go.
-we got Haagen Dazs ice cream, ordering in Japanese from a white girl. that was weird.
-found debs, returned our gear and walked home.
-when we got home, we were asked if we knew why everyone else was late. we did not.
-they then informed us that one of the girls in our group had fallen about 50 meters from the bottom of the mountain, on her last run, and had broken her arm.
-she arrived back a few hours later with her arm casted and in a sling. poor thing.
-we showered, took a dip in the onsen to soothe our sore muscles.
-the 20 of us had nabe, a japanese type of soup, for dinner.
-then it was a quick change of clothes and a drive to a near by lodge/club, where it was 90% foreigners, 10% japanese people. i completely forgot i was in japan as i talked to a few australians who had flown over for the snow.
-kris, debs and i opted not to hit the mountain on sunday. we were so exhausted, and sore in places i didn't even know existed.

We got a great nights rest, and Sunday was spent eating, onsen-ing, and napping before loading up the bus again. First stopping at an amazing burger place, then heading back to Tokyo. 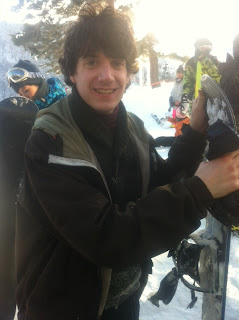 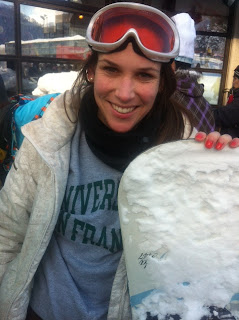 It was such an amazing weekend and I'm already looking into where and when I can go again.

Must Read: I'm Not Ok With Chris Brown Performing at the Grammy's and I'm Not Sure Why You Are...from Oh No They Didn't.
Google Search: Valentine's Day
Tune: Domino By Jessie J.
Accomplishment: Attempting a new recipe.
Obsessions: Olivia's homemade chocolate rice crispy treats, snowboarding