without question, the biggest tourist attraction in cambodia is ankgor wat, the largest hindu temple complex in the world. it is what most people go to the country to see. but as i mentioned in this post, we didn't make it that far north. nonetheless, we had a grand time in phnom phen and at the beach in nearby sihanoukville. the beach and surrounding area was beautiful and a great relief from the heat. it was all the things you would think a beach would be. but it was phnom penh where we really got to experience cambodian city livin. that city is alive with every sense of the word. while we were in phnom penh we were good little tourists and spent a bit of time seeing the tourist attractions in and around the city. most of which were far from upbeat. the most popular tourist attractions around phnom phen include the genocide museum and killing fields. take a deep breath...here we go.

a little background first. from 1970-1975 cambodia was in the middle of a civil war. the war was dealing with, what every war during that time was about, communism. a group called the khmer rouge was the pro-communist organization that succeeded in overthrowing the government. from 1975-1979 the khmer rouge was the ruling government, leaving behind a tragic legacy of famine, torture, and genocide. a few of their infamous torture and kill sites are among the top things to see in phnom penh. so we mentally prepared ourselves and headed off for a day of depression.

we showed up first to the tuol sleng genocide museum, also known as S-21 prison. the museum, which was once a high school, was converted into a torture and kill center by the khmer rouge. during the 4 years of their reign, it is estimated that about 17,000 prisoners passed through S-21. the khmer rouge are infamous for killing just about anyone, though it is known that they focused on those who were educated, including doctors, teachers, lawyers and engineers. along with the individuals, their family members were also executed. anyone who worked for the government was also high on the execution list. 79 foreigners also fell victim to S-21. the khmer rouge lived by their own saying, better to kill an innocent man by mistake, than to spare an enemy by mistake. that alone is pretty telling.

when the khmer rouge was finally overthrown, and the prison was discovered, there were only 7 survivors. the story goes, if i remember correctly, that there were only a few people barely alive at the prison, and when the guards learned that the soldiers were coming to shut down the prison and free the remaining prisoners, the guards quickly killed a few of the remaining prisoners, leaving 7. when i visited the prison, one of the survivors was there, selling and signing his book. i looked at some of the pictures and gave him a sincere thank you for being there, but i didn't have the heart to take a picture of him.

kiana and i walked out of the museum in silence and found rene, our tuktuk driver. he smiled at us knowingly, then offered, “killing fields now?” oh, sure.

it had been recommended that we saw the prison prior to the killing fields so that we could gather some information and really understand what the killing fields were all about. though i figured the name itself was plenty of information, but we did as we were told. so after the museum, we boarded the tuktuk and drove a good 45 minutes through the extremely dusty, loud and crowded streets to the killing fields. we bought our tickets and received a head set. in preparation for this trip, i had actually watched the 1984 film, the killing fields, with sam waterson. the film did give me some idea of what had happened, but nothing would have prepared me for seeing the fields first hand.

essentially, the killing fields are multiple mass graves where prisoners from S-21 were taken to be disposed of. in the middle of the night, the prisoners were blindfolded, thrown into bus and driven to the fields, then lined up and bludgeoned to death. the were beaten rather than shot, so the khmer rouge didn't have to waste bullets. ya, i scoffed too when i heard that. the bodies would fall into a pit, and that was that.

as if that isn't enough, what really got to me is the fact that even today, bones and pieces of cloth surface with the rainy season. so while you're walking around, you're literally stepping over large pieces of bones and fabric. every few weeks the staff goes through and collects those that have come up and puts them in a glass box, but given the sheer volume of people who were killed here this could be go on for years. it is estimated that well over 1million people were killed at the various 20,000 mass graves around the city. 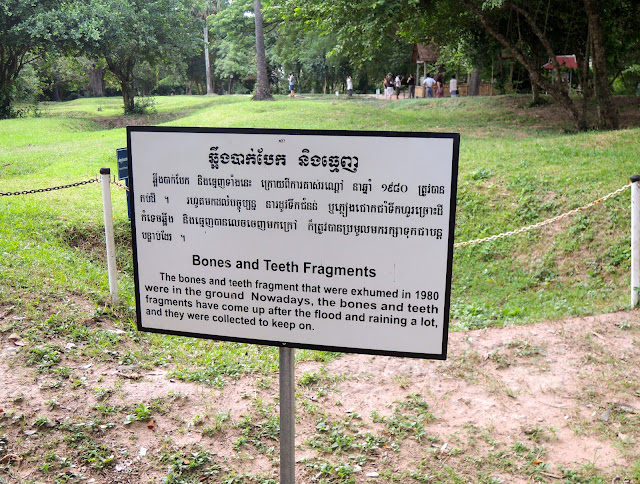 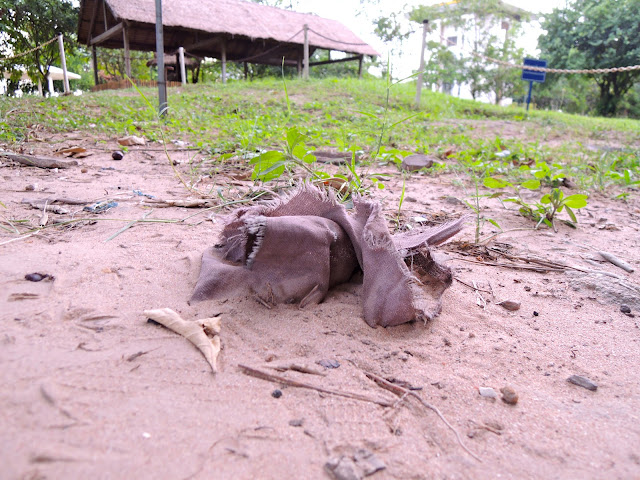 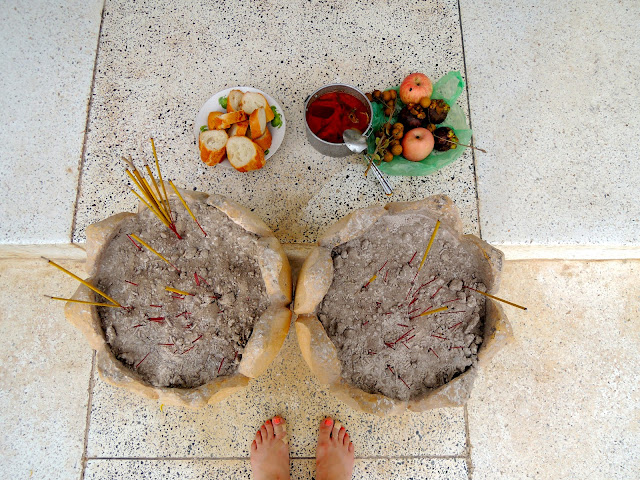 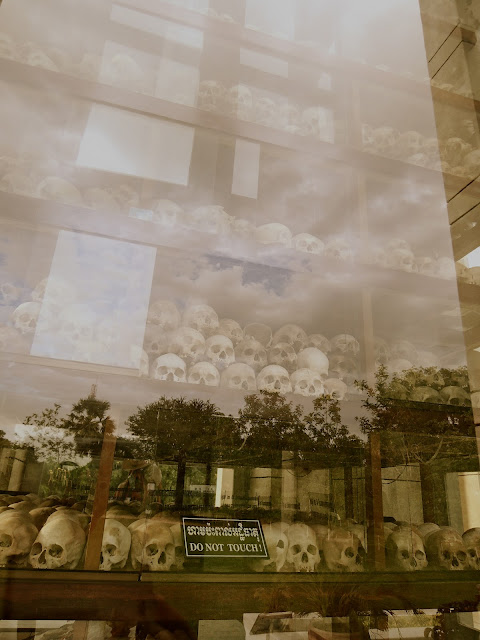 [fall of the khmer rouge]


By the end of 1977, clashes broke out between Cambodia and Vietnam. Tens of thousands of people were sent to fight and thousands were killed.
In December 1978, Vietnamese troops fought their way into Cambodia. They captured Phnom Penh on January 7, 1979. The Khmer Rouge leaders then fled to the west and reestablished their forces in Thai territory, aided by China and Thailand. The United Nations voted to give the resistance movement against communists, which included the Khmer Rouge, a seat in its General Assembly. From 1979 to 1990, it recognized them as the only legitimate representative of Cambodia.
In 1982, the Khmer Rouge formed a coalition with Prince Sihanouk, who was exiled in China after the Cambodian Civil War, and the non-communist leader Son Sann to create the Triparty Coalition Government. In Phnom Penh, on the other hand, Vietnam helped to create a new government - the People?s Republic of Kampuchea - led by Heng Samrin.
The Khmer Rouge continued to exist until 1999 when all of its leaders had defected to the Royal Government of Cambodia, been arrested, or had died. But their legacy remains.