during our time in hanoi, kris and i took a few day trips to the surrounding area. one of which was a two night stay in ha long bay. we had been told that the bay was a must see, so we put it at the top of our list. we had thought long and hard about whether we wanted to do a one or two night tour of the bay. we went with two, which turned out to be one of the best decisions we made all trip!

the bus picked us up from our hostel at 8am. we made our rounds gathering up the rest of the tour group from varying hostels. our tour guide, Dat, introduced himself. and we set out for a 4 hour drive to the bay. when we got there, we loaded all our luggage into our rooms on the boat and headed to the deck for lunch.

over the course of the next day, we ate, socialized, and gawked in awe of the magnificent bay. the bay itself is about 1,533km2, with close to 2,000 scattered, enormous, limestone islets. the massive limestone islets, dotted with trees, make for an absolutely breathtaking landscape. a few times during conversations, we would all just stop and say, let's just take a second and look at where we are! the view was in no way taken for granted.

in between all the gawking, we got off the boat to look through some awesome caves, and hike up to a look out point. then, kris and i kayaked around so we could explore the floating village and islets. mostly so we could gawk at them further. also, it should be noted that when i say we kayaked, i mean kris. i paddled for 5 minutes then took on the role as captain. 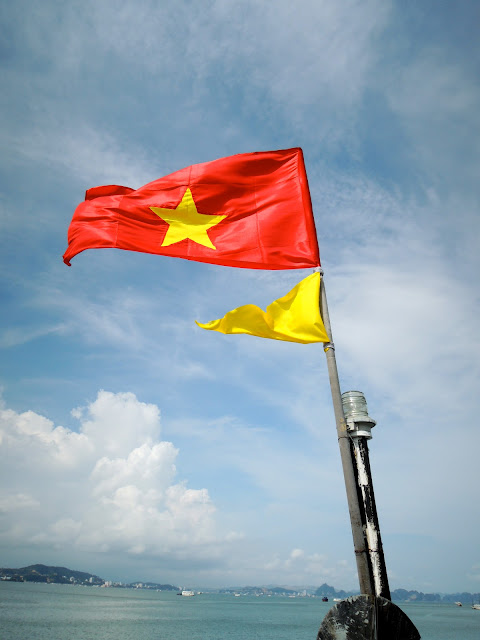 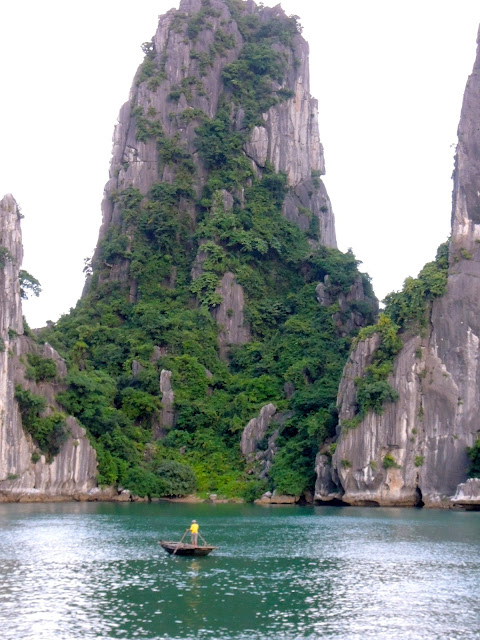 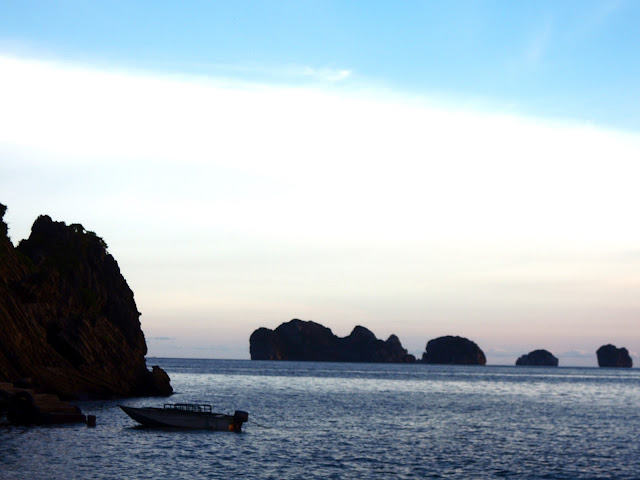 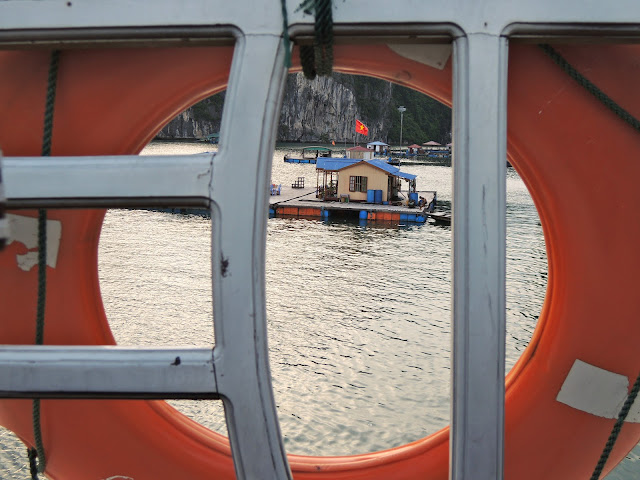 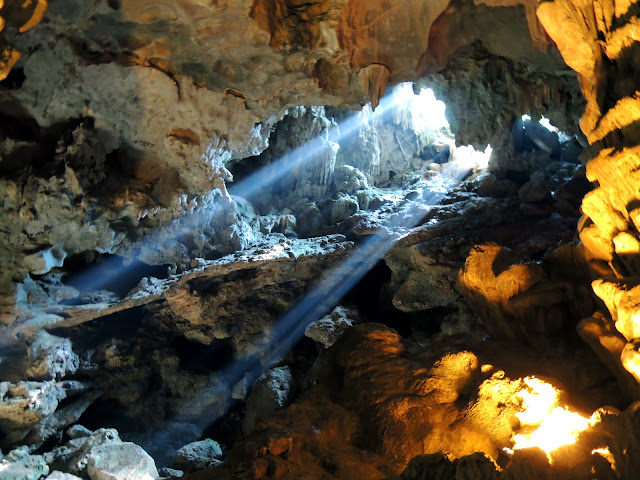 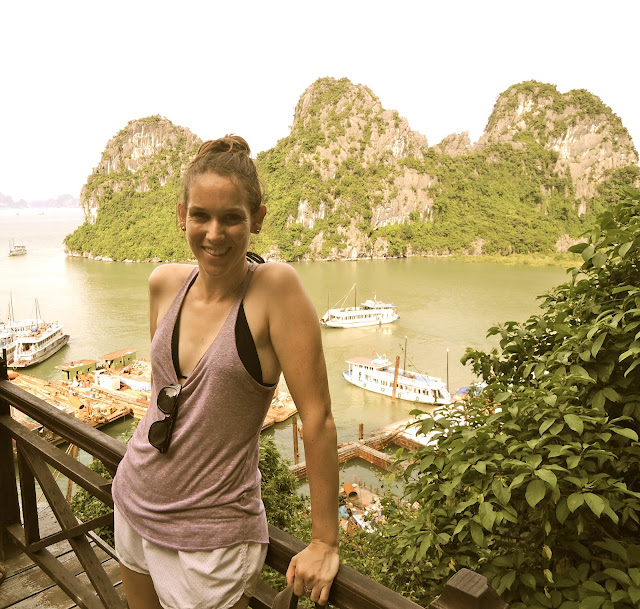 the second day, we sailed to monkey island. ironically a money-less island. by that point everyone on the tour had become pretty good friends. we had all figured out real fast that all of us were from different countries, so we didn't really bother learning names, just opted for calling out the countries. kris and i hung out mostly with the guatemala sisters (who were living in taiwan), argentina (who lived in spain at the moment and were celebrating their honeymoon) and brit and brit (the lovely couple from the UK). went spent the day taking pictures, playing beach volleyball, reading, and taking the ever mature jumping photos as we entered the water. 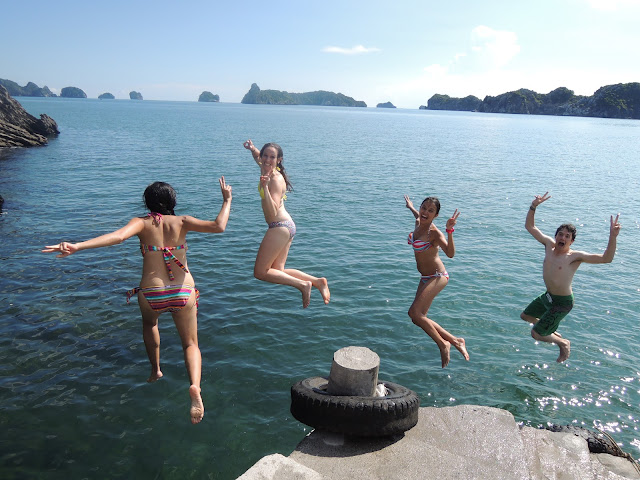 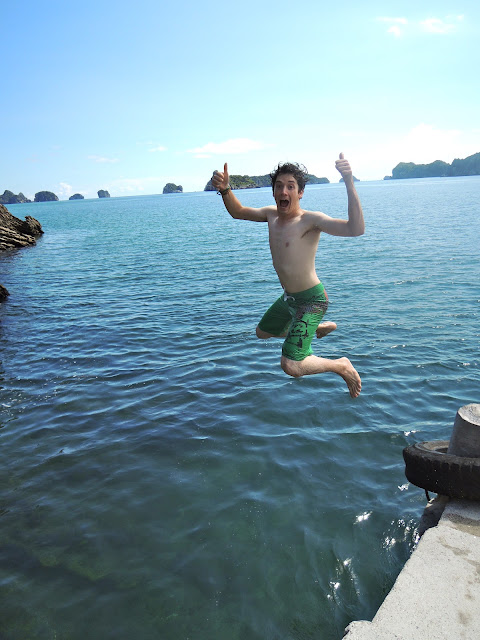 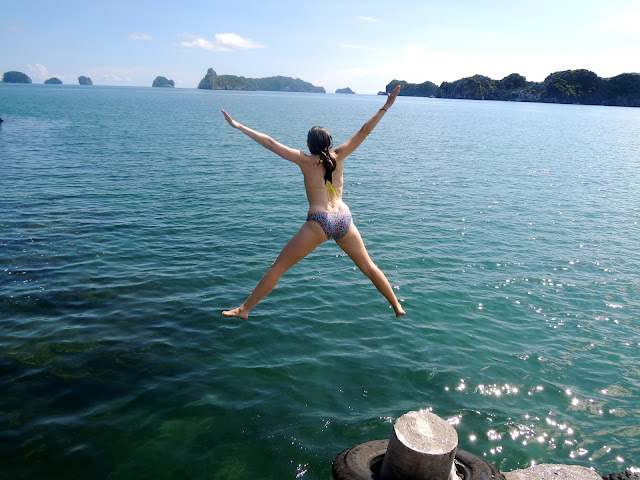 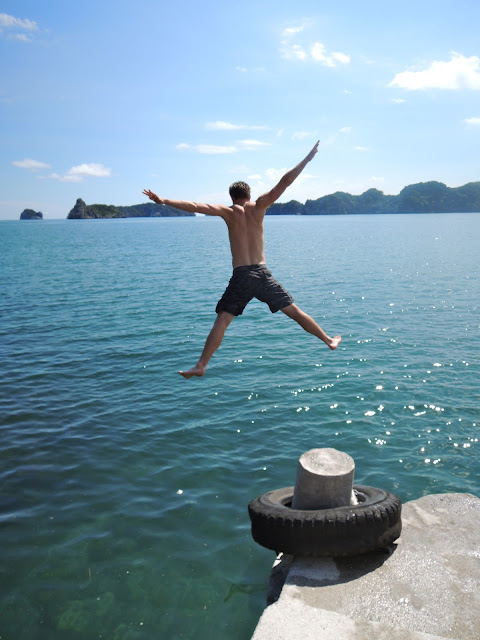 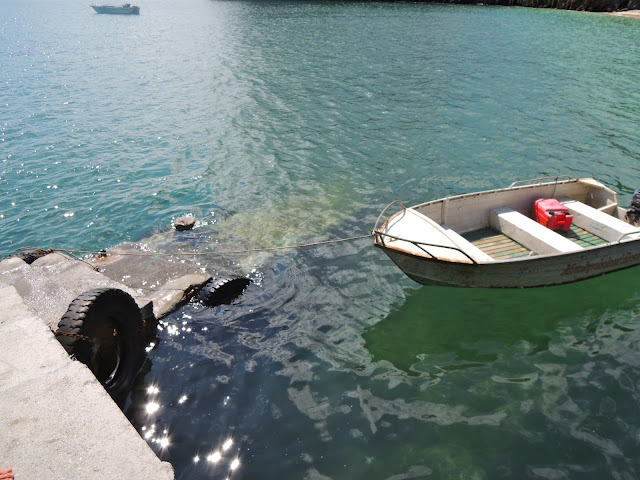 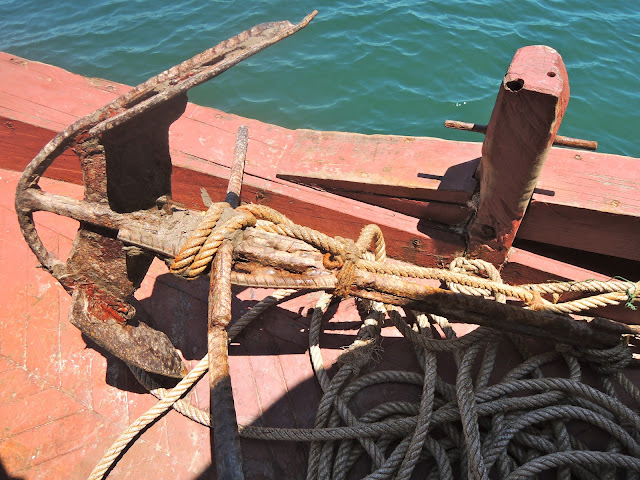 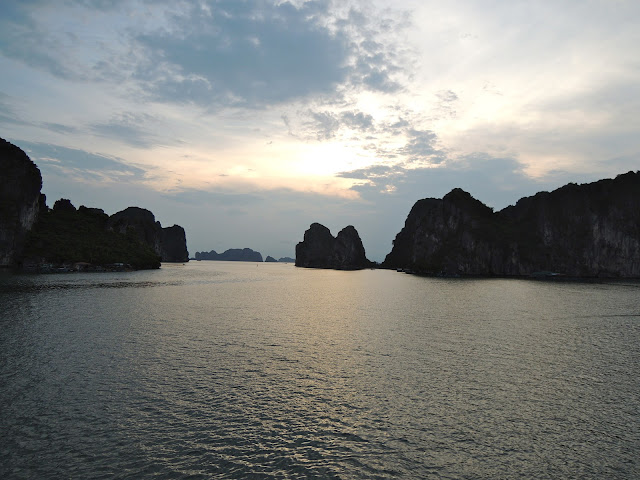 by the time we made it back in hanoi, we had all exchanged emails and i think were all genuinely a little sad to say goodbye. very rarely do i ever feel as though i wouldn't want to be anywhere else, but the entire 48 hours i was in ha long bay, i had nothing else on my mind. it truly was one of the most memorable experiences of my entire vacation.